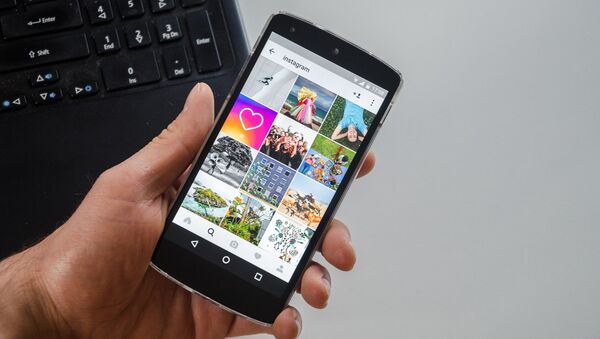 Instagram users have unleashed a wave of criticism at the social media company for not doing enough to tackle content promoting eating disorders, with numerous hashtags which should be accompanied by warnings going undetected by its AI.

Daniel Magson, vice chair of the Anorexia & Bulimia Care charity, told Sky News that Instagram and other platforms need to do more to protect users from such “incredibly dangerous” content.

Describing it as a “real health risk”, Mr. Magson, who himself is a former bulimic, said "It's not a safe space at all and these communities are promoting things like 'these are the best places to dine with private toilets for afterwards.”

“They promote the best ways to injure or self-harm and that should not be allowed,” he added.

With 7,500 content reviewers, Instagram has said it is working in conjunction with a network of charities to identify and restrict hashtags promoting “dangerous practices”, saying they only directly intervene when absolutely necessary as they don’t want to be perceived as censoring content.

Some took to Twitter to echo calls for Instagram to adopt a more interventionist approach, while others said people should ultimately take responsibility for themselves.

No, no there shouldn't. If you're that thick that you believe Instagram is true to live then you're pretty much gonna go via some other dumb way. Looking left instead of right when crossing a road will be up there! #commonsensehasgone pic.twitter.com/Ll6A64PGg6

And what? Social media is just one big cybernetic experiment, that fact that the app hasn’t picked it up just means the AI is still learning.

Other social media platforms have also been labelled as dangerous for putting users, particularly youths, under pressure, but a survey carried out earlier this year found Instagram to be causing the most damage.