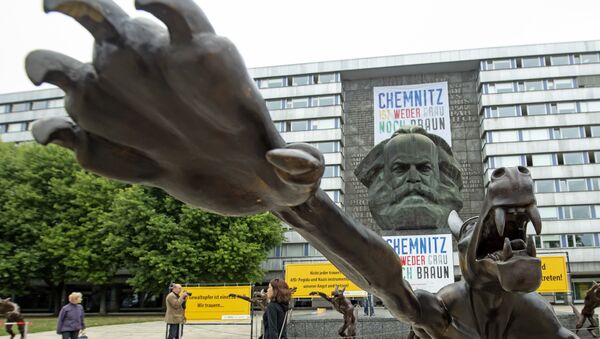 The installation has been arranged after the reported killing of a local man by two immigrants sparked weeklong anti-immigrant demonstrations in Chemnitz. It also comes as two Afghan men were arrested in the city of Köthen on suspicion of murdering a young German national.

Ten bronze statues of wolves, some of them performing the Nazi salute, have been installed in Germany's city of Chemnitz in an act of protest against what their authors called "increasing hatred and violence in the area."

The statues have been displayed near the Karl Marx monument at the heart of Chemnitz, which was caught in the middle of right-wing demonstrations following the alleged killing of a German man by two immigrants.

The organizers are a group of artists who call themselves as "Die Wölfe sind zurück" (The Wolves Are Back). They have been touring the country in the last two years, arranging the installation in such cities as Berlin, Munich, Potsdam, and Dresden. 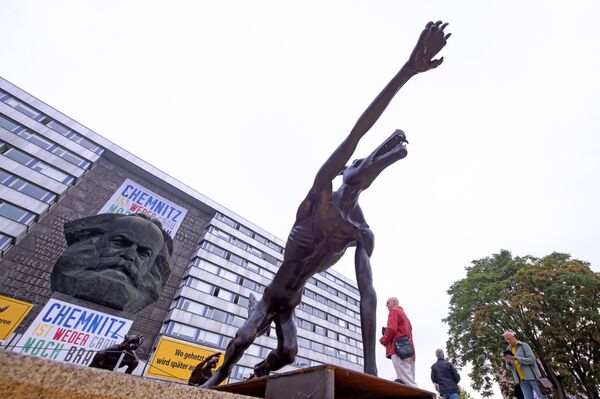 "We want to use the action to protest against increasing hatred and violence," the organizers wrote on the Facebook event page, calling Chemnitz violence a "symptom of a development that splits societies."

They stressed that the Nazis used to call themselves wolves and that these days, right-wing politicians also use this word when talking about immigration, referring to Björn Höcke, a member of the right-wing Alternative for Germany party, and David Köckert, a leading figure in the right-wing Thügida movement. 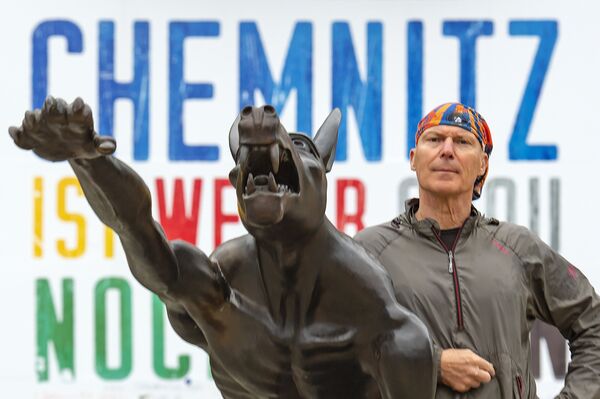 Earlier this week, Köckert addressed protesters that swarmed the streets of Köthen following reports that a 22-year-old German man was killed by two Afghans on Sunday, who were later arrested in connection with his death.

Anti-immigrant sentiment has flared up in Germany in response to the Köthen killing and the death of Daniel Hillig, a 35-year-old German national of Cuban origin, who was stabbed in a brawl at a Chemnitz city festival on August 26. An Iraqi and a Syrian citizen have been detained on suspicion of manslaughter. The case prompted weeklong mass rallies in Chemnitz, in which right-wing demonstrators called for the deportation of all the illegal migrants.

Some of them reportedly were Neo-Nazis and thugs performing Hitler salutes, which are outlawed in Germany. Scuffles broke out in the city after left-wing activists struck back at the anti-immigrant protesters. Police tried to constrain two large groups of demonstrators; altercations left 18 protesters from both sides as well as two police officers wounded.

German Chancellor Angela Merkel has condemned the rallies as promoting violence, while her spokesman Steffen Seibert voiced his support for Merkel's stance, slamming the protests as an attempt to divide the country.

Ever since, multiple reports have attributed responsibility for gruesome murders and rape cases to migrants and asylum-seekers living in Germany, provoking a vigorous public outcry over Merkel's controversial migration policy and igniting a surge of right-wing and radical sentiment.

Meanwhile, right-wing parties are surging in elections throughout much of Europe in response to an unprecedented influx of undocumented migrants, mainly from the Middle East and North Africa.