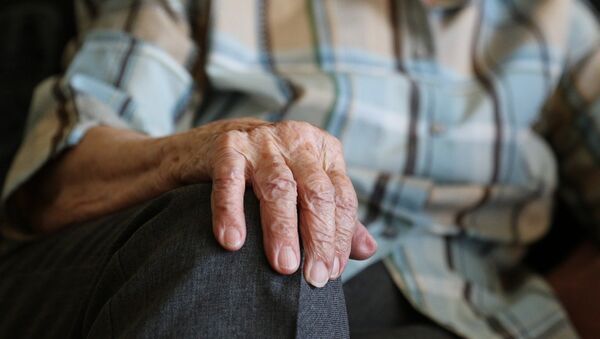 While Japan prides itself in celebrating its centenarians, there are concerns that the ageing population may spell difficulty for the country’s demographic future.

Japan's centenarian population has hit a record high of 69,785, with woman accounting for about 88% of the total, according to Tokyo's Health Ministry.

The figure increased by 2,014 people from 2017, reportedly marking the 48th consecutive yearly increase.

According to the Ministry, the number of male centenarians is at 8,331, an increase of 139 from last year. Females on the other hand, who make up the overwhelming majority, number at 61,454, with an increase of 1,875 from last year. The ministry also estimates that over the next year, roughly another 32,241 Japanese could reach the age of 100.

​Japan boasts one of the highest life expectancies on the planet, with the average being 87 years of age for woman, and 81 for men in 2017.

The data was made public this week as part of the annual ‘Respect for the Aged Day,' when centenarians — including a former Prime Minister, Yasuhiro Nakasone — will receive a silver sake cup and a congratulatory letter from the incumbent Prime Minister, currently Shinzo Abe.

In April 2018, the Guinness World Records recognised 113-year old Hokkaido resident, Masazo Nonaka as the world's oldest living man. In the female camp, Kane Tanaka from the city of Fukuoka, is now 115, and occupies the position of Japan's oldest woman.

Mr Nonaka was born in 1905, and reportedly spends most of his time laying in bed watching television, unable to move much or engage in physical activity due to his old age. His daughter-in-law, who is herself 78 years old, is quoted as saying that, "he does things at his own pace. His personality might have been the key to living a long life."

Health anthropologists the world over have often scratched their heads at why Japan has such a high centenarian population. While health experts put it down to the virtues associated with the country's universal healthcare, many believe that it has much to do with Japan's traditional low-fat and sugar diet.

Not All Good News

There are concerns however that Japan's increasingly ageing population, and parallel decline in birth rates, will eventually put a strain on the country's public and health services, not to mention eventually serve as a serious demographic threat. In fact, Prime Minister Shinzo Abe himself declared the ageing population as a 'national crisis' last year. According to some estimates, Japan's population has declined by approximately 1.3 million people since 2010, sitting now at 127 million. Additionally, by 2065, the United Nations has estimated that based on its current trajectory, Japan will experience another population decrease of roughly 22%.