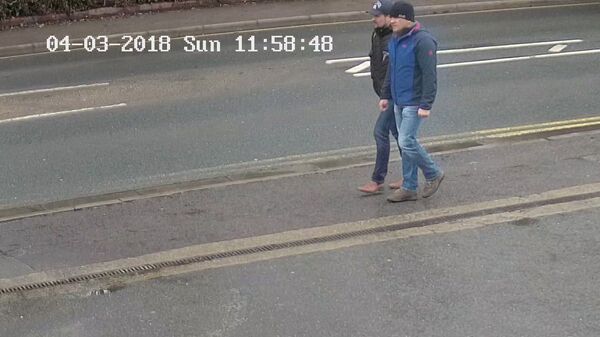 Earlier in the day, Alexander Petrov and Ruslan Boshirov suspected by London of involvement in the poisoning of Russian ex-spy Sergei Skripal and his daughter Yulia said that they visited Salisbury as tourists on friends' advice and spent there not more than an hour there.

The Russian Foreign Ministry stated Thursday that London lied, saying that the names of the "suspects" in the Skripal case were fictitious. The ministry further noted that London's accusations that the two men lied during the interview were unacceptable.

"It turned out that the British side was lying about the fact that there are no such people, that their names are fictitious. There are such people, as we all saw today, and the names are not fictitious, and they told us about what happened to them," Zakharova said.

London, in its turn, has criticized the interview, calling it "an insult to the public's intelligence" and "deeply offensive."

"Sadly, it is what we have come to expect… The police have set out very clearly the evidence against these two men. They are wanted men and we have taken all steps to ensure they are apprehended and brought to justice in the UK if they ever again step foot outside Russia."

Commenting on the interview given by Petrov and Boshirov to RT and Sputnik earlier in the day, the UK Foreign Office said that it still considered the two men agents affiliated with Russia's military intelligence agency, despite everything they had said.

The Foreign Office further noted that it considered the interview to the RT broadcaster and the Sputnik news agency "obfuscation and lies."

"The Police and Crown Prosecution Service have identified these men as the prime suspects in relation to the attack in Salisbury. The Government is clear these men are officers of the Russian military intelligence service — the GRU — who used a devastatingly toxic, illegal chemical weapon on the streets of our country. We have repeatedly asked Russia to account for what happened in Salisbury in March. Today — just as we have seen throughout — they have responded with obfuscation and lies," the statement, circulated in media, read.

The Metropolitan Police released the images of the suspected perpetrators, claiming that they were Russian military intelligence officers.

On March 4, the day the Skripals were found unconscious on a park bench, the two suspects were reportedly caught on CCTV footage near Sergei Skripal's home. In excerpts retrieved from hours of security camera footage, they could be seen wearing fleece jackets and jeans.