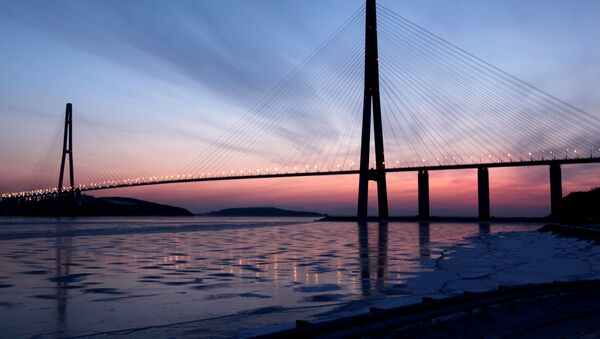 VLADIVOSTOK (Russia)(Sputnik) – A total of 175 agreements worth of 2.9 trillion rubles (some $42 billion) have been signed on the sidelines of the 2018 Eastern Economic Forum (EEF) held in the Russian city of Vladivostok, Russian Deputy Prime Minister Yury Trutnev told reporters on Thursday.

“These are not the final figures … A total of 100 business events were held on the sidelines of the forum, in which 6,002 delegates took part … As of today, 175 agreements worth of 2.9 trillion rubles have been signed,” Trutnev said.

Gazprom, Mitsui Sign Memorandum of Understanding on Baltic LNG Plant
On Tuesday, Russian President Vladimir Putin said that Moscow seeks to create a strong center for international cooperation and economic integration in the country's Far East, stressing that the Far Eastern region will become a driving force behind the country’s economic development.

Moreover, Russian President has held a meeting with 26 representatives of foreign business circles at the EEF. In particular, the participants of the meeting included eight Japanese entrepreneurs, nine Chinese businesspeople and two South Korean representatives, along with representatives from Australia, Austria, Cayman Islands, Denmark, the Netherlands, Singapore and Sweden.

The fourth EEF kicked off on Tuesday and will last through Thursday on Russky Island in Vladivostok.