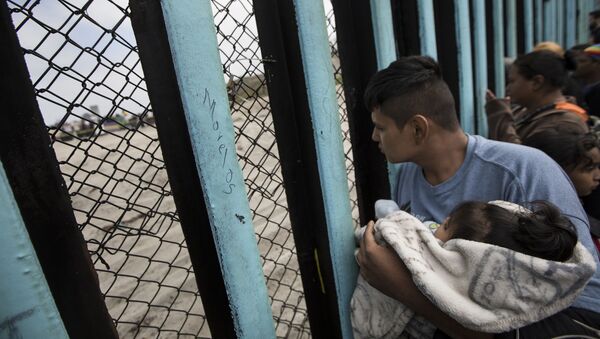 © AP Photo / Hans-Maximo Musielik, File
Subscribe
International
India
Africa
The Mexican President-Elect Andres Manuel Lopez Obrador team has requested to turn down $20 million offered by the US administration to facilitate the deportation of Central American undocumented migrants from the country, which is used by these people as a transit territory to cross into the United States, local media reported Thursday.

On Wednesday, The New York Times reported that, in a recent notice sent to the Congress, the US President Donald Trump administration said that it intended to allocate $20 million in order to assist the Mexican authorities in deporting undocumented migrants.

Mexico's New President Says Nobody Can Threaten His Country With Border Wall
"The Mexican government refused to accept $20 million. The money is currently in the Merida Initiative [Mexico-US cooperation agreement] fund, but it was not accepted for carrying out repatriations," one of the cabinet officials told the Proceso news portal.

According to the media outlet, the request to turn down the aid was voiced by Marcelo Ebrard, Mexico's future foreign minister. The request reportedly concerns any financial transfers that the United States would offer for the repatriation of migrants.

READ MORE: US-Mexico Border Control: 'Migration Has Never Been Stopped Because of a Wall'