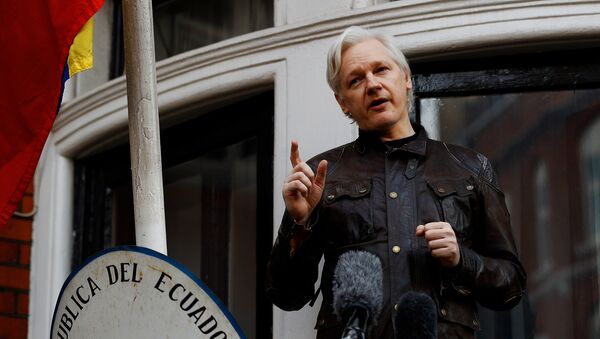 © REUTERS / Peter Nicholls
Subscribe
International
India
Africa
Kamphuis was last seen checking out of a hotel in the northern Norwegian town of Bodo on August 20. Police believe that he could have taken a train to the town of Rognan. This comes as the only development in the ongoing two-week investigation into the missing cybersecurity expert.

On Tuesday night, a Norwegian fisherman found the personal belongings of Arjen Kamphuis, WikiLeaks founder Assange's associate, who went missing three weeks ago. They were found in the sea between the towns of Fauske and Rognan in Nordland county, the local newspaper VG reported on Wednesday.

Officials didn't reveal what belongings had been found for the sake of the ongoing investigation. But police suggested that Kamphuis, who was last seen in the northern city of Bodo on August 20, took a local train to Rognan that day, departing at 16:05 and arriving at 17:29.

While police plan to continue to investigate the area, they failed to detail the extent to which the find helped establish Kamphuis's whereabouts. The search will continue on land and at sea.

Arjen Kamphuis's disappearance came to light after a woman, who claimed to be his best friend, tweeted about it on August 31. According to her, Kamphuis checked out of a hotel in the northern Norwegian town of Bodo on August 20 and hasn't been heard from since. He was to fly to Amsterdam from Trondheim, a city located over 700 kilometers south of Bodo.

After the woman sounded the alarm, Norwegian police launched an investigation. A police spokesman refused to speculate as to what may have happened to the missing Dutchman. He was known to his friends as an avid hiker, which sparked speculations that he had gone on a trip outdoors.