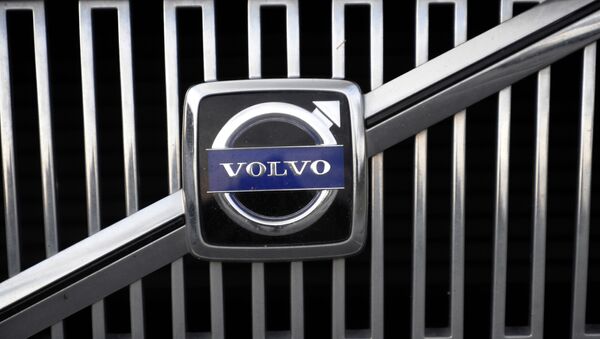 A Swedish auto giant lost the chance to ink a promising financial deal and is the latest casualty of Washington's ongoing trade war with global economic powers.

"Conditions right now are not optimal to give certain upside for the investors," Volvo CEO Hakan Samuelsson said as quoted by FT, adding that the IPO listing cannot proceed without "stable market conditions."

"It's important to know that we have headroom, so we can look the investors in the eye a year after the IPO," Samuelsson said. "It is still an option, a very realistic option, but will not happen immediately."

Washington escalated trade tensions with Beijing September 7 by threatening $200 billion in trade tariffs and proposing an additional $267 billion, bringing total tariffs to $517 billion, which would cover almost every Chinese import to date.

The tariffs would "take place very soon depending on what happens," Trump said to reporters aboard Air Force One on Friday, adding that "there is another $267 billion ready to go on short notice if I want."

If successful, the IPO deal would have been the largest since Swedish telecom giant Telia made a similar offer in 2001.

Trump's global economic war forced French oil and gas giant Total to pull out of the South Pars 11 project, the world's largest gas field shared between Iran and Qatar, where it planned to invest $4.8 billion over 20 years. Total owned a 50 percent stake of the Pars 11 with Chinese state-owned China National Petroleum Corporation (CNPC), who owned 30 percent.

Trump's May 8 withdrawal from the Joint Comprehensive Plan of Action (JCPoA) and reinstatement of US sanctions forced Total to withdraw, with CNPC taking full control of the project.