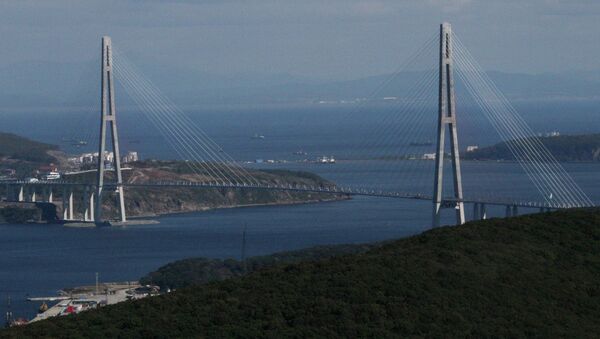 "The fund has already studied more than 100 potential projects, of which it is currently considering five in detail — in such areas as new materials, information protection technologies, virtual reality, the development of new generation industrial equipment, innovative oilfield services. The fund plans to announce the first deal by the end of the year," it said.

The RDIF also said that the leading companies of Russia and China will boost bilateral investment.

China's Energy Imports From US Could Be Substituted by Supplies From Russia
"Today there are 73 projects with a total worth of over $100 billion in industrial, infrastructural, mining, agricultural and other sectors. Thanks to the work of the committee, seven projects worth $4.6 billion have already been implemented," the RDIF said.

"We believe that the experience of the Chinese side in building and managing modern highways will help make our roads safer, more effective and comfortable," RDIF head Kirill Dmitriev said, as quoted by the RDIF statement.

Russia Considers China's 'One Belt, One Road' Initiative Important, Promising
"Today we will have a meeting with the [Japan Bank for International Cooperation] JBIC, our important partner. Tomorrow we will discuss a wide range of bilateral projects with the China Development Bank," Tsekhomsky said.

The official added that the VEB was planning to attract partners from South Korea, China and Japan to joint infrastructure projects in Russia.

The RDIF held its annual session of the Russian-Chinese business committee on the sidelines of the Eastern Economic Forum in Vladivostok.