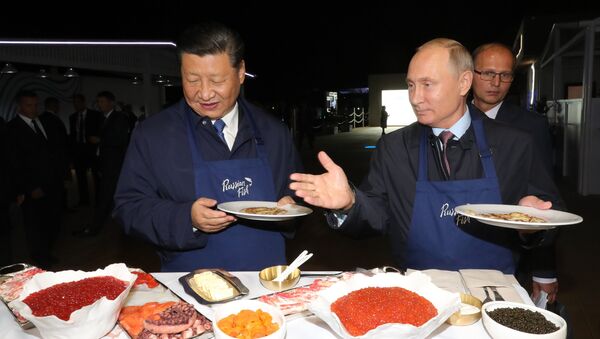 Vladimir Putin and Xi Jinping had a high-profile cooking "showdown" as they tried to cook pancakes, a traditional Russian meal, during the large-scale Eastern Economic Forum in Vladivostok.

Russian President Vladimir Putin and his Chinese counterpart, Xi Jinping, showed off their cooking skills during a tour of Russky Island in the Sea of Japan, which makes part of the eastern city of Vladivostok. The two leaders cooked pancakes topped with red and black caviar.

According to a chef of a Vladivostok-based pan-Asian restaurant, Putin fried his pancake better because Xi moved his around the pan, as he didn't know how to fry it properly.

Feast like a Tsar! #Xi and #Putin enjoy pancakes with caviar pic.twitter.com/Y6GM6mglhY

"The leaders added as much oil as necessary into the middle of the pan. That's why they didn't have to pull the edge of the pancake but simply pick it up in the middle and flip it over. That's how professionals do it, in fact," the chef said, as cited by the Russian media outlet Life.ru. 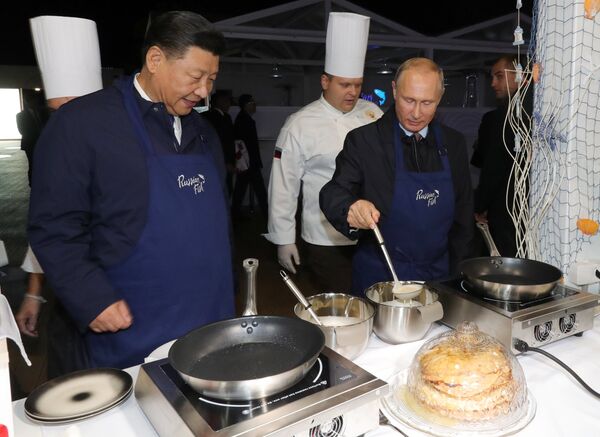 When the dish was ready, Xi wanted to eat it with a fork, but Putin suggested he eat it with his bare hands, according to a long-standing Russian tradition. 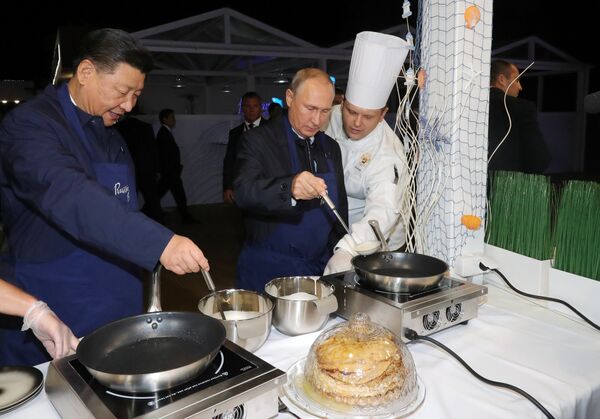 The improvised culinary show took place as the two presidents visited the Far East Street exhibition on the opening day of the Eastern Economic Forum in Vladivostok on Tuesday. Later in the day, Vladimir Putin was also expected to have dinner and a one-on-one meeting with the Chinese president.