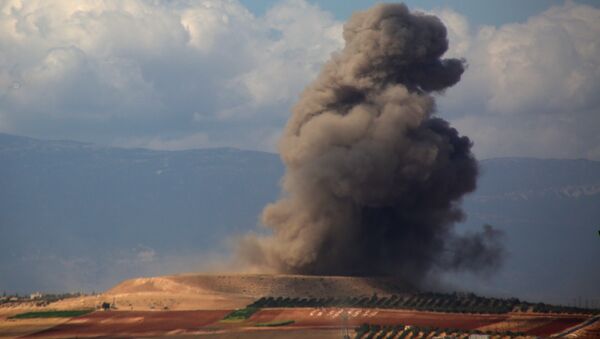 GENEVA (Sputnik) - The White Helmets and militants in Syria's Idlib are planning to film a false flag chemical attack in an attempt to mar the Syrian government as it prepares to mount an offensive in the last militant stronghold in the war-torn Middle Eastern country, Ahmad Kuzbari, a member of the Syrian parliament, told Sputnik Tuesday.

"It's taking place now because the Syrian Arab Army and its Russian allies are very serious in eliminating the last terrorists brought by Americans, it has become an open comic play," Kuzbari said.

He added that the international community remains deaf to Syria's and Russia's warnings of the impending provocation.