Google to Challenge ‘Right to be Forgotten’ in EU Court 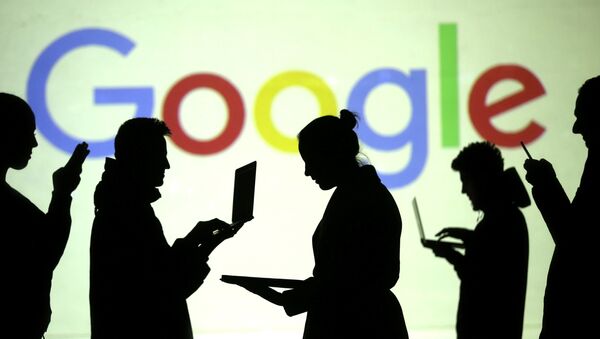 This week, Google will head to a courtroom in Luxembourg to argue against the “right to be forgotten” rule, which the Court of Justice in the European Union insists Google should enforce in the US.

In 2014, the European Court of Justice ruled that information about an individual, deemed to be obsolete or irrelevant, should be "forgotten" or deleted if requested. The French data protection agency, CNIL, also maintains that Google should be required to delete search results about individuals who exercise the right to be forgotten.

​In addition, new reports reveal that several popular iPhone apps have been selling their users' data to third-party monetization firms.

"In the EU, people have been fighting and they have won this amazing ‘right to be forgotten,' and it extends all across the EU. What that means is that you can ask a search engine to forget about a result that you appear in, and they have to comply with that," Garaffa told hosts John Kiriakou and Brian Becker.

"Of course, the internet is not just in the EU. The internet is a worldwide tool. What Google is going to appeal is this ruling that says that no matter where the data is hosted and no matter where the person is searching from, the ‘right to be forgotten' has to be respected across the world. This makes complete sense. Google doesn't believe that it should be subject to any EU regulations while in the US, and second, it's going to set a precedent, that the EU rules could start applying to people in the US, and that is something that is very scary to Google as a company," Garaffa added.

According to Garaffa, because the EU has much stronger privacy rights, the US should be modeling similar ones.

"What global laws are going to govern the internet effectively?" Garaffa asked.

"Because the internet is not just a tool in the EU. It is a global presence, and the EU has much stronger rights to privacy than the US. We in the US need to be looking at some of these protection laws that they have and modeling them for our own country," he added.

In addition, a group of researchers at security firm GuardianApp recently found that several iPhone applications are selling user data to third-party firms to earn money. The apps in question include ASKfm, Photobucket, Homes.com, Tapatalk and NOAA Weather Radar, among others. Monetization firms such as Cuebiq, Sense360, Teemo and Fysical are buying the data.

"I believe people should be able to use any app they wish on their phone without fear that granting access to sensitive data may mean that this data will be quietly sent off to some entity who they do not know and do not have any desire to do business with," Will Strafach, one of the researchers, recently told TechCrunch.

Although many of them don't collect identifiable information, the latitude and longitude coordinates picked up by an application can pinpoint a person's exact location, according to the researchers.

"There were a number of popular applications; one was a weather app, another was app that lets you find a home — they were collecting your information, but they were using that information not just to provide data for their own service. but they were sending it to companies, data warehouse companies," Garaffa said.

"None of these companies appear to be legally accountable for their claims and practices; instead there is some sort of self-regulation they claim to enforce," Strafach recently told TechCrunch.