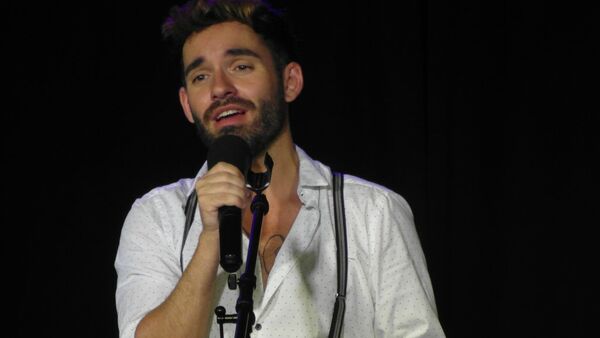 CC BY-SA 4.0 / Wikimops / Daniel Küblböcks
Subscribe
Daniel Kueblboeck rose to fame in 2003 when appeared on the national talent show "Germany Seeks the Superstar." Since then, he had taken part in a spate of reality TV shows, including Let's Dance in 2015.

An "exhaustive" air and sea search for German pop singer Daniel Kueblboeck, who went overboard from a cruise ship off the coast of Canada late last week, has wrapped up with no sign of the man, according to the Canadian Armed Forces' Joint Task Force Atlantic (JTFA).

The JTFA tweeted that the case will now be handed over to the Royal Canadian Mounted Police (RCMP) as a missing person file.

An exhaustive air and marine search for Daniel Küblböck, a 33 year-old male who had reported to have gone overboard off the cruise ship #AidaLuna, approximately 110 NM north of St. John’s, NL. has concluded. The #SAR case will be handed to the @RCMPNL as a missing person case.

A Canadian Armed Forces spokesperson, in turn, expressed regret that "no sign of Mr. Kublbock was found and given the short survivability time due to the temperature of the water at this time of year, the difficult decision was made to end the search."

UK Pop Singer's Topless Pic at War Memorial Draws Flak on Social Media
The search-and-rescue operation was focused on an area located about 200 kilometers (125 miles) north of St. John's, Newfoundland, where Kueblboeck reportedly jumped from the deck of the AidaLuna vessel on Sunday morning.

Several coast guard vessels, a military helicopter and a surveillance aircraft were used in the operation, which covered a 1,227-square nautical mile area and which ended in the early hours of Monday.

Aida Cruises, which operates the AidaLuna ship, tweeted, in turn, in German that "in this difficult time our thoughts are with the family of the missing" man.