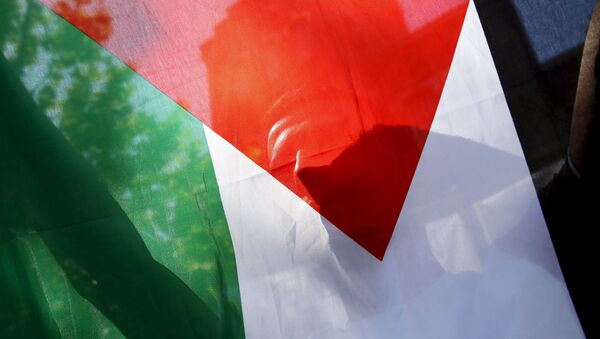 CAIRO (Sputnik) - Ahmed Abul Gheit, the secretary general of the Arab League, condemned on Tuesday the United States' decision to close the headquarters of the Palestine Liberation Organization (PLO) in Washington and called the US approach toward the Israeli-Palestinian problem biased.

"Since the moment when it recognized Jerusalem as the capital of Israel in December last year, the current US administration has been showing a totally biased approach, supporting the Israeli agenda," Gheit said in a statement.

He added that the United States was wrongly assessing the Palestine-Israel problem, as it was trying to bend Palestine to submission by cutting aid, including assistance provided within the United Nations' efforts.

"The [US] criticism toward Palestinians, accusations of stubbornness, of rejecting the suggested initiatives and decisions, are groundless as no decision or plan that actually could be discussed, agreed on or rejected has been suggested to Palestinians," Gheit added.

Reacting to the US move, Turkish Foreign Ministry's spokesman Hami Aksoy stated that Washington had lost its unbiased position in the Middle East peace process.

"The decision to close the PLO office in Washington is a cause for concern and is another indication that the US has lost its objective position in the Middle East peace process. This decision will serve no other purpose than encouraging attempts to destroy the prospects for a settlement between the two states [Israel and Palestine]," Aksoy's statement, received by Sputnik, reads.

The spokesman added that Turkey would continue to stand by the Palestinian people and support international efforts to find a solution to the conflict.

In December 2017, US President Donald Trump announced the recognition of Jerusalem as the Israeli capital, which prompted Palestine's unwillingness to accept the United States as a peace process mediator. On August 31, the US State Department announced that the United States would stop contributing to the UN Relief and Works Agency for Palestine Refugees.

Palestine Wants Russia to Become Platform for Peace Talks With Israel - Analysts
The Israeli-Palestinian conflict escalated in March, when Palestinians launched protest campaigns at the Gaza border, which resulted in numerous clashes between protesters and the Israeli security forces.

Trump has repeatedly pledged to contribute to the settlement of the long-lasting conflict.