‘He Would Never Back Away': Inquest Told Of Policeman Stabbed At UK Parliament 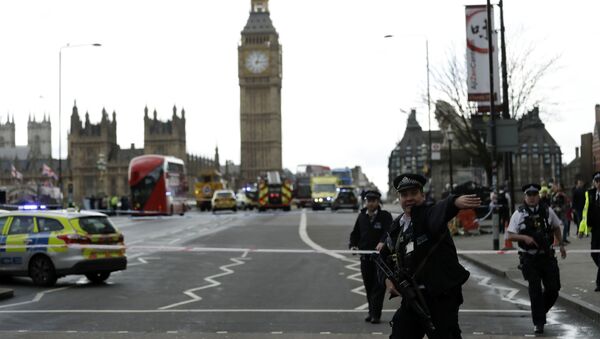 © AP Photo / Matt Dunham
Subscribe
An inquest has begun into the deaths of five people killed when an Islamist terrorist drove into pedestrians on Westminster Bridge in London and then attacked a police officer guarding the Houses of Parliament. Sputnik reporter Chris Summers was in court as dramatic CCTV images of the incident were shown.

Khalid Masood, 52, was shot dead by police after he had mown down people on the bridge and then stabbed PC Keith Palmer as he tried to get into the Palace of Westminster in March last year.

The inquest, sitting at the Old Bailey, was shown still images from CCTV cameras of the terrifying moments when Masood mounted the pavement in a rented Hyundai Tucson and struck innocent tourists and Londoners as they went about their business.

They showed the vehicle being driven at people on the bridge on the afternoon of March 22 last year and some of the most disturbing images showed victims flying through the air and, in one case, landing in the water. 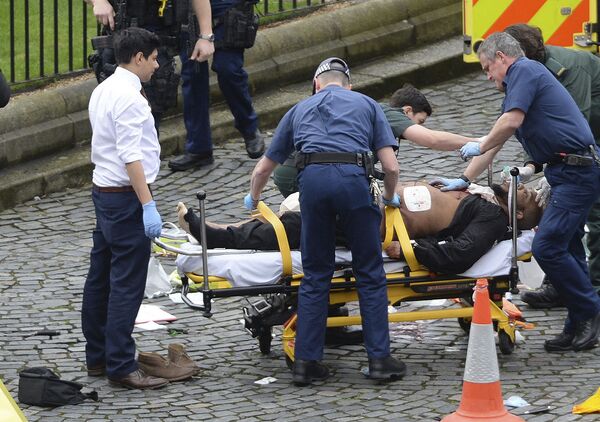 Kurt Cochran, 54, from Utah in the United States, who was celebrating his wedding anniversary with his wife Melissa, was hurled over the parapet and suffered fatal head injuries.

His sister-in-law Angela Stoll read out a statement by Melissa Cochran.

'He Was Our Rock Star'

"He played the guitar and wanted to be a rock star. He never became a rock star but he became a rock star to all who knew him…he ran a music studio and was involved in many music festivals. He was an amazing father to his two sons of whom he was very proud. He was a bright spot in our lives…he was an incredible man who left behind a legacy of love and passion," said Mrs. Cochran in the statement.

The inquest was shown an image of her crushed body beneath a blue blanket close to the wheels of a red London bus.

Andreea Cristea, 31, an interior designed from Romania, who was visiting London with her boyfriend, was flicked into the river Thames and was fished out eight minutes later.

Her family described the next two weeks as "excruciating" as they waited to see whether she would pull through from her injuries.

After Ms. Cristea died members of her family found a journal entry she had written at the beginning of January 2017 when she set out her hopes for the year.

"The year 2017 will be the best year of my life. I will be happy and cheerful and successful and I will break all my personal records with my customers. I will have a wonderful man by my side and I will start a wonderful family. I will end this year with a wonderful holiday in the United States," Ms. Cristea had written.

'Pain Cannot Be Expressed In Words'

An audio recording prepared by Ms. Cristea's family said she was "the pain we felt and still feel now cannot by expressed in words".

PC Keith Palmer, 48, was on duty outside Parliament when he was attacked by Masood.

His friend and boss, Chief Inspector Neil Sawyer, told the inquest PC Palmer was "kind, funny and caring" and loved his job at the Palace of Westminster. 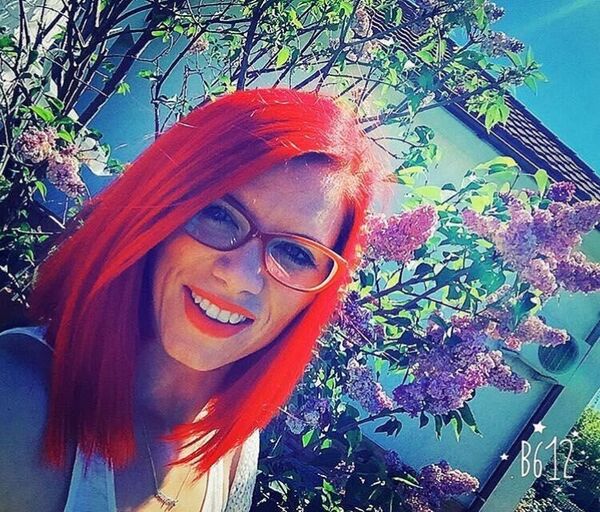 "In 2017 he made the ultimate sacrifice in defense of Parliament. It didn't surprise me when I heard. He would never back away. He will rightly always be remembered for his brave actions but he was also our dear friend," Chief Insp. Sawyer told the inquest.

PC Shaun Cartwright gave a statement about his friend and told how hundreds of people lined the streets to pay their respects on the day of his funeral.

"He was popular, reliable and the first to volunteer for difficult tasks. He was like a dog with a bone and would not let anything go….he would stand his ground. If there was someone who was going to stand in the way (of Khalid) it would be Keith," PC Cartwright said.

Attacker Converted To Islam In Jail

The inquest, under Judge Mark Lucraft QC, is expected to last five weeks.

A separate inquest will look into the death of Masood, who had a long criminal record and converted to Islam during a spell in prison.

Masood, who was born Adrian Elms, was known to the authorities and had come under the radar of MI5 several years ago as a "peripheral" figure in a terrorism investigation, Prime Minister Theresa May told MPs a few days after the attack.

MI5 officers are expected to give evidence at Masood's inquest.

Daesh claimed responsibility for the attack — as they often do — but Masood is believed to have been a "lone wolf" attacker who had been radicalized online.

* Daesh is an illegal terrorist organization banned in the UK, Russia and many other countries.