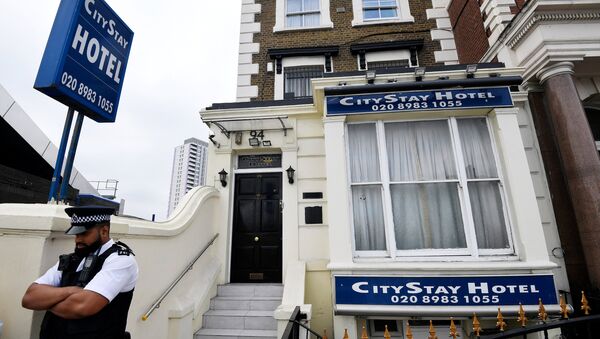 Earlier this week, on September 5, the London police unveiled the identities of the suspects, who are allegedly behind the poisoning of Sergei and Yulia Skripal in Salisbury in early March.

The United Kingdom has asked Interpol to issue arrest warrants for two men accused of collaborating with Russian intelligence and who are currently wanted by British authorities over the alleged nerve agent attack on former Russian intelligence officer Sergei Skripal and his daughter in Salisbury, Al Jazeera reported.

Addressing the UN Security Council, UK Ambassador Karen Pierce reiterated that the British government has "clear evidence of Russian state involvement" in the assassination attempt against the Skripal family.

When speaking in parliament on September 5, British Prime Minister Theresa May, said that British prosecutors were ready to bring formal charges against Alexander Petrov and Ruslan Boshirov in the attempt to assassinate Sergei and Yulia Skripal.

According to her, they are Russian military intelligence officers. London does not intend to seek their extradition, arguing that it is useless.

The Russian Foreign Ministry in turn said that Moscow was not involved in the Skripals’ poisoning, is unaware of who these two men are and said that it is ready to cooperate with the British on the investigation.

Former Russian intelligence officer Sergei, aged 66, and his daughter Yulia Skripal were found unconscious on a bench outside a shopping mall in Salisbury on March 4.

British authorities blamed the attack on Russia, which has persistenly denied the UK’s claim, pointing to the complete absence of evidence linking it to the March 4 incident.