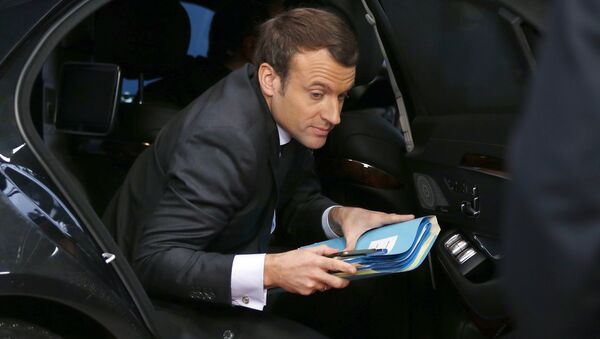 Senemaud was named Macron's personal representative for Syria in June. Previously he served as the French ambassador to Iran.

"French special envoy for Syria will come for the small group meeting," one source close to the talks told Sputnik.

The other source confirmed that Senemaud would attend the talks.

US Special Representative for Syria Engagement James Jeffrey and Special Envoy Joel Rayburn will also attend the Small Group's meeting with de Mistura, according to the State Department.

US Reportedly Reinforces Base in E Syria Amid Looming Idlib Offensive
De Mistura will meet with senior diplomats from the Small Group on Syria — Egypt, France, Germany, Jordan, Saudi Arabia, the United Kingdom and the United States — a few days after the consultations with the guarantor states of de-escalation zones in Syria — Russia, Turkey and Iran — in Geneva. The talks with guarantors are taking place on September 10-11 with focus on the constitutional commission creation. Idlib situation is also likely to be reviewed.

With the small group, de Mistura will also discuss the United Nations' effort to establish a constitutional committee in the country.

The decision to set up the commission, tasked with introducing changes to the country’s constitution, was made at the Syrian National Dialogue Congress in the Russian resort city of Sochi in January. De Mistura, who is in charge of forming the commission, is expected to single out some 40 people from 150 candidates from guarantor countries, government, opposition groups and civil society.