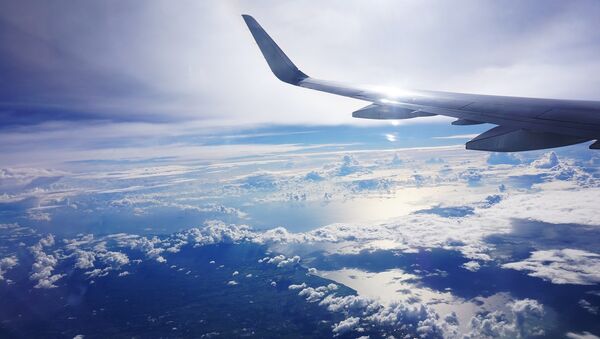 CC0 / /
Subscribe
Last week, three planes arriving at airports in Philadelphia and New York were quarantined after numerous passengers showed signs of a flu-like disease during the flight. Several hundred passengers were detained for medical check-ups by the US Center for Disease Control and Prevention (CDC).

Passengers from Virgin Australia flight VA167 from Melbourne, Australia to Auckland, New Zealand were held for medical examinations after several of them showed signs of a flu-like infection earlier found among passengers of three planes arriving in the US, the New Zealand Herald reported. At least 10 of the 157 passengers were thoroughly examined by ambulance crews after the aircraft had landed. All passengers were cleared to leave.

"The pilot made the decision to alert the New Zealand Ministry of Health as a precautionary measure to check the health of some passengers who felt unwell," Virgin Australia said.

The media outlet reported that a significant number of people on board were returning from the Hajj to Mecca. In the previous similar cases of a sudden flu infection, which were detected on board planes arriving in Philadelphia and New York, some of the passengers on board were also returning from Mecca, where an influenza outbreak recently occurred.

The passengers of the planes that landed in the US were also detained for medical examination by local medical authorities. Most of them were subsequently released. No serious cases of influenza among the passengers were reported.