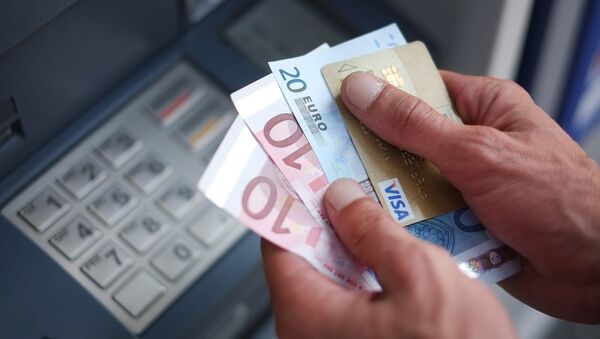 Sputnik: What it would look like if we finally move all financial transactions to the electronic platform and what risks are associated with the full transition?

Dr. Leon Perlman: That's a while away I think, although there are initiatives to get rid of cash. Personally, I believe there's a role for cash and for electronic and everything in between, variations. People, especially in developing countries see a safety net in cash. So whether they like the electronic mechanism that makes it easier to transfer, especially long-distances, locally they like cash. So I see a role for all of it and I don't think one is going to disappear or one's going to overtake to the detriment to the other.

Sputnik: What are the main factors that prevent the spread of electronic financial services to all segments of the population?

Dr. Leon Perlman: Number one, you need access to the technology and number two, you need what we call in this environment enabling regulations. So, you spoke earlier about the traditional financial institutions, they weren't too happy that the Fintechs, especially the mobile operators, were taking over their domain, especially for the smaller value transactions. So they initially lobbied the financial regulators to keep the Fintechs out or the mobile operators out. But I think they've come to a happy medium. So a lot of the regulators have seen the advantages, especially of using a mobile phone to access your financial system and as a result, you get these enabling regulations which allow non-banks to participate in the financial ecosystem. So that and the availability of technology, specifically mobile coverage needs to be robust enough; needs to be lots of coverage and good coverage, so that the phones work; because don't forget your phone is now your bank account, so it needs to work.

Sputnik: Could you tell us about the newest technologies of identification and registration?

Dr. Leon Perlman: Yes, so that's really new. Yes, that's really new What we're getting is combinations of fingerprint, which we know; you can use that on your iPhone. There's voice identification in some markets, that's useful, but that's not really the majority. The newest one is iris. So that's your iris, iris scans. So you literally walk up to an ATM machine and you don't need a card, you don't need a pin, you just look into the scanner. Sometimes you see these scanners at the airports. So they've been adapted for commercial use especially at ATM machines and especially in refugee camps.

Sputnik: How complete is the legislation on electronic documents management and digital signatures in your view? And what can be improved in your opinion?

Dr. Leon Perlman: So there's a difference between electronic signatures and digital signatures, one requires keys, digital keys. Digital keys are only given out or should only be given out by an authority that has been authorized to do so. Although there has been legislation in place for many, many years in a lot of countries, it's quite a lot of UN material on this dating back to the 90s. The authorities that give out the digital signatures haven't been established properly around the world in many countries. So technology has moved on a little bit but fundamentally you still need those keys, those digital keys. So that's a little bit of a stumbling block, but because the way things are evolving I think those certification authorities, as we call them, are going to be established pretty quickly.

Sputnik: How can you asses the Russian success in the field of financial accessibility?

The views and opinions expressed by Dr. Leon Perlman are those of the speaker and do not necessarily reflect those of Sputnik.