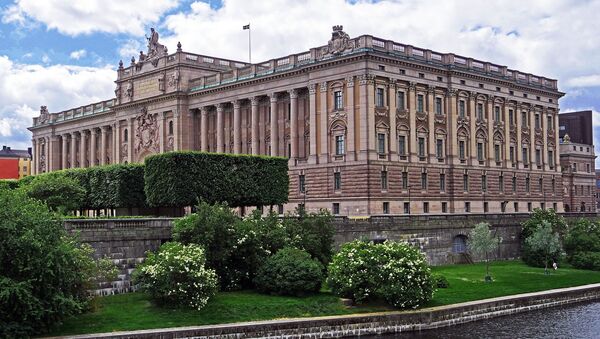 According to Swedish election commission, Swedish ruling bloc received 40.6% of votes, while the opposition alliance got 40.2% after 80% votes counted.

Previously, an exit poll prepared by the SVT broadcaster showed that the opposition alliance of the center-right parties was leading in Sunday's Swedish parliamentary elections with 39.6 percent of the vote which was only 0.2 percent more than the public support for the ruling alliance of the Swedish Social Democratic Party (SAP) and the Green Party.

Breaking Down Sunday’s Vote: Parliamentary Election Procedure in Sweden
The anti-immigrant Sweden Democrats party, which is not a member of any coalition, received 28.2 percent of votes, according to the election commission data.

On September 9, Sweden held the general election to elect 349 members of the country's unicameral parliament.

The majority of parliamentary seats currently belongs to the Swedish Social Democratic Party, whose leader Stefan Lofven has been the parliament's head since 2014.