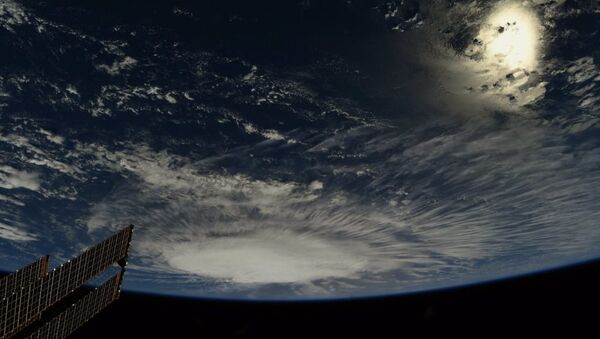 Predicted to quickly accelerate back to hurricane strength, Tropical Storm Florence has meteorologists and East Coast residents in the US marking the first big weather event of the season to potentially make landfall as it marches west.

From Massachusetts to Florida, residents on the eastern coastline of the US are tracking the first big named event of the 2018 Atlantic storm season, as Tropical Storm Florence — briefly a Category 4 monster but since downgraded with expectations to rise again — heads toward an as-yet-undetermined landfall on the US.

Currently moving WNW at about 8 mph, Florence is some 800 miles southeast of the island of Bermuda, with winds topping about 70 mph and slowly increasing. Computer models by the National Hurricane Center (NHC) warn that Florence could swell to a Category 4 hurricane carrying winds up to 150 mph by Wednesday.

Where the storm will hit, however, remains anybody's guess.

"Interests along the US East Coast, particularly from north Florida through North Carolina, should closely monitor the progress of Florence," the NHC noted, cited by Bloomberg.

Other weather experts were willing to be more specific.

"We are in a serious situation, we have a major hurricane potentially making landfall on the East Coast next week," Jeff Masters, co-founder of Weather Underground, cited by Wunderground.com.

North Carolina Governor Roy Cooper declared a state of emergency on Friday so as to waive transportation regulations and speed the process for farmers harvesting crops to comple work ahead of the storm's projected landfall.

The governor's decree will temporarily allow truck drivers and laborers to work longer hours, and removes restrictions on the size and weight of produce- and livestock-laden trucks traveling on North Carolina roads.

The authorities of the US State of South Carolina have also declared the state of emergency due to the threat posed by the strengthening hurricane, according to an executive order of Henry McMaster, the state's governor, released by his office.

While the precise trajectory of Florence is not yet known, meteorologists claim that an accurate picture of the storm's track will be clear by Sunday nightfall, and that landfall in the US could happen as soon as early Thursday.