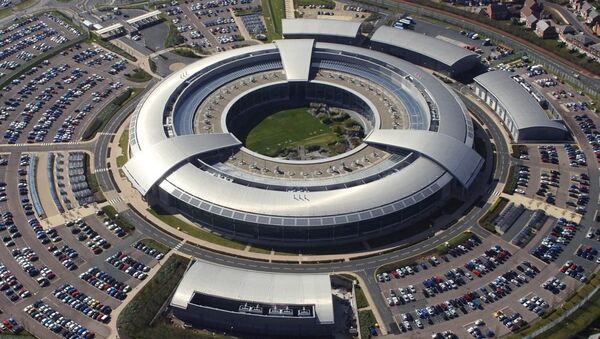 Speaking at the Billington Cybersecurity Conference in Washington, Jeremy Flemming, the head of the Government Communications Headquarters (GCHQ), a UK intelligence agency,  said that the organization could “deploy the full range of tools from across our national security apparatus” to counter Russia’s military intelligence agency GRU and its agents.

The GCHQ chief further claimed that the UK was “ready to reject the Kremlin’s brazen determination to undermine the international rules-based order.”

“Since March, the Police with the full support of the intelligence community have led a painstaking and highly complex investigation into what happened in Wiltshire. We have ascertained exactly who was responsible and the methods they used. […] And I was pleased to see yesterday that two GRU operatives were named and arrest warrants issued. The threat from Russia is real. It’s active,” he added.

On Wednesday, UK police made public images of two men, identified as Alexander Petrov and Ruslan Boshirov, who are now believed to be suspects in the alleged poisoning of Sergei and Yulia Skripal in Salisbury. The purported footage showing the suspected individuals strolling through Salisbury was later published by the MailOnline.

World
Skripal Skeptics: Which Countries Didn't Agree With UK's Assessment of Case
After the police announcement, UK Prime Minister Theresa May addressed the Parliament, where she claimed that the suspects “are officers from the Russian military intelligence service also known as the GRU.”

The new developments in the investigation of the Skripal case couldn’t go unnoticed at a recent UN Security Council meeting in New York, where UK Ambassador Karen Pierce claimed that London had “clear evidence” of Moscow’s involvement in the alleged poisoning.

“This evidence is being sufficient four our independent prosecuting authorities to bring criminal charges in relation to Salisbury attack and to issue European arrest warrants. With respect to these two individuals, we have obtained a European arrest warrant and we will shortly issue an Interpol Red Notice,” the envoy said.

Meanwhile, Russia’s Ambassador to the UN Vassily Nebenzia fended off the accusations, saying that the fresh details provided by London were based on “the same repeated lies.”

World
Skripal Worked With Spanish Intelligence in Recent Years – Reports
In March, Sergei and Yulia were rushed to Salisbury hospital after being found collapsed on a park bench near a shopping mall. The Skripals were said to have been exposed to a military-grade nerve agent, with UK authorities branding it “attempted murder” and blaming the alleged attack on Russia.

Moscow, for its part, has consistently denied any involvement in the incident, offering assistance in the investigation of the case instead; London has, however, ignored the proposal.