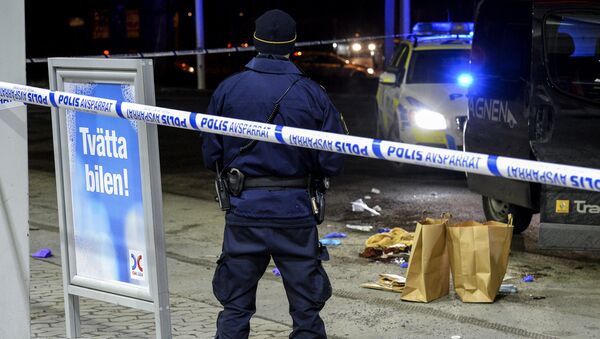 Senior members of the Norwegian Progress Party have painted a morbid picture of their neighboring country, while simultaneously opening up for more cooperation with the right-wing Sweden Democrats, who are expected to punch well above their weight in the upcoming election.

Mass immigration and multiculturalism have gone too far in Sweden, which explains the rise of Sweden Democrats, senior members of the Norwegian right-wing Progress Party (FrP) have claimed in an interview with TV2.

"What's happening in Sweden is that the sense of unity is disintegrating. Swedish society and the so called ‘people's home' are no longer there. Confidence in other people is no longer there either. Swedish culture is in decline and you no longer recognize yourself in your own country," FrP MP and member of the Defense Committee Christian Tybring-Gjedde said. "And the Social Democrats and Conservatives have presented this as enrichment. But judging from what's happening now, it's simply not it," he added.

While Tybring-Gjedde has suggested an "immigration break" for at least five years, his party colleagues have gone so far as to predict major problems for Sweden in the foreseeable future because of a "headless immigration policy."

"They have received so many [immigrants] that it is impossible to make sure that all of them get properly integrated. Parts of Sweden will have problems in the foreseeable future," parliamentary commissioner Ulf Leirstein explained.

FrP immigration spokesman Jon Helgheim argued that it will take years before Sweden ultimately recovers from its immigration disaster.

The situation in Sweden, which in Norway is increasingly referred to as "Swedish conditions," has triggered a change in attitude towards fellow right-wingers, the Sweden Democrats (SD). In 2014, FrP leader Siv Jensen called Sweden's then-only anti-immigration party a "sign of disease" and renounced any association with them. Four years later, FrP's take on the Sweden Democrats sounds totally different.

"I would vote for SD if I lived in Sweden. I believe immigration is the most important issue in Sweden now, and it's the only party that has been tough enough to talk about it in Sweden for a long time," Leirstein said.

Helgheim stressed that many have an incorrect impression of SD voters, who often receive unflattering coverage in Swedish mainstream media.

"It's not that some 20 percent of Swedish voters are some kind of racist demons. These are common people with common opinions, they see Sweden going in the wrong direction and want to do something about it," he said.

Tybring-Gjedde stressed that the FrP could collaborate with SD in a number of areas.

"We must cooperate, because Europe is struggling with the same challenges," Tybring-Gjedde, stressing that he is eager to invite SD leader Jimmie Åkesson after the election.

Until recently, the Sweden Democrats had been Sweden's only party advocating limited immigration. Today, this narrative has spread across the country's right-of-center parties, most strikingly the newly founded Alternative for Sweden party, which is pushing to deport hundreds of thousands of immigrants under the motto "Time to Go Home."

With an approval rating currently hovering around 20 percent, the Sweden Democrats have been rising steadily over the past decade and are heading toward a record election performance on September 9.