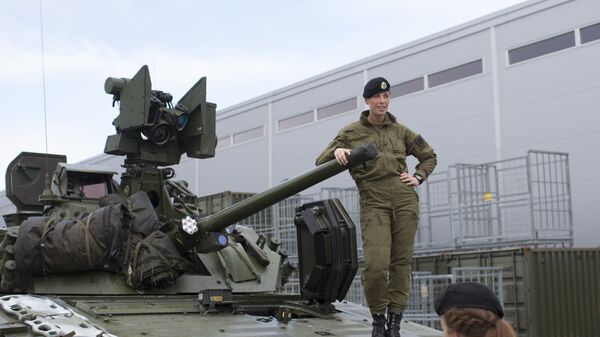 During previous exercises of comparable size, Norwegian farmers sustained damage from NATO tanks that amounted to the tens of thousands of kronor.

The Norwegian Armed Forces have warned of collateral damage during the upcoming NATO drill Trident Juncture, one of the largest in the country's history, national broadcaster NRK reported. Everything from livestock to vehicles may be affected.

According to the military newspaper Forsvarets forum, damage is expected in the following areas: croplands, forests, roads, power and telecom installations, cars and pets (including chickens dying from high vibrations or larger animals becoming overly stressed by noise from the drills).

Hedmark farmer Erling Aas-Eng is also fearful that the damage may be extensive.

"It's hard to imagine it's not going to happen. In particular, we are worried because at this time of the year the ground isn't frozen yet. Also, there are many countries participating, so communication may be lacking," Erling Aas-Eng reported.

In 2014, farmer Lars Bryhni suffered major damage from tank tracks despite a previous agreement that his land wouldn't be used in the exercise. Following the incident, he received NOK 75,000, only half of what he needed to settle the damage done to his property.

READ MORE: 'Occupation': How Norway Was Scaremongered Into Doubling US Military Presence

"It has been very important for us to gain experience on how to deal with claims settlement," Armed Forces environmental officer Marianne Bø said. According to her, the Armed Forces have been working to minimize collateral damage since 2016 and have informed all the participants where they can and cannot move. "This is people's livelihood. We have self-imposed restrictions in the Armed Forces that we should avoid using the croplands as far as possible. But Trident Juncture will be a big exercise and we cannot completely avoid this," Bø added.

"No wonder there will be damage when the world's largest nursery is out to play," a user commented on Facebook.

The Norwegian Armed Forces have created a hotline, where one can call to file a complaint or request compensation.

The NATO drill Trident Juncture will be held from October 25 to November 7 in the counties of Trøndelag, Møre og Romsdal, Oppland and Hedmark, while also affecting the counties of Østfold, Akershus and Nordland. With 40,000 soldiers from 30 countries, as well as 70 ships and 130 aircraft, the drill is expected as one of the largest in Norway in decades.