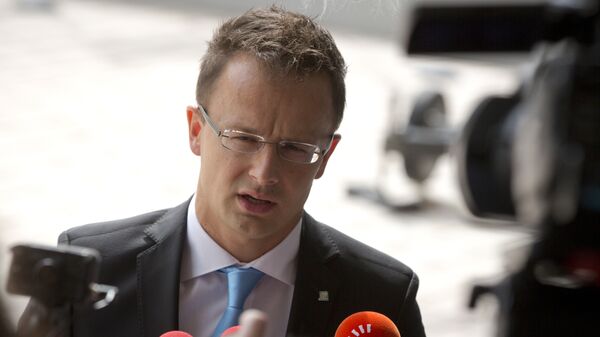 Hungarian Minister of Foreign Affairs and Trade Péter Szijjártó once again hit out at the European Union’s migration policy on Thursday, insisting that the planned redistribution of migrants throughout the union will increase the risk of terrorism.

Reacting to earlier comments by his French and Luxembourgian counterparts, Minister Szijjártó said they want “illegal immigrants to be mandatorily distributed” across the EU, including in member states which refused to grant refugees asylum during the crisis, such as Hungary.

“This would represent a huge danger and a further increase in the threat of terrorism,” the minister continued.

Szijjártó went on to say that the EU needs to restore security to the bloc, saying “we should be able to protect Europe’s borders on both land and sea”, explaining that Hungary has formed an alliance with Italy’s newly appointed Deputy Prime Minister Matteo Salvini to achieve this.

Moreover, the Hungarian foreign minister reminded Jean-Yves Le Drian, his French counterpart, that Hungary has never been a French colony, telling Le Drian to “refrain from the colonial tone he has used with relation to Hungary in recent days.”

Salvini-Orban Meeting Turning Point in European Politics - Italy's Lega MP
Viktor Orban’s government has long adopted an anti-immigration stance, opting to build several border barriers at the height of migrant crisis to stem the flow of migrants into Hungary, as they headed onto wealthier EU member states in Western Europe, such as Germany.

Orban’s Fidesz Party remained in power after the country’s parliamentary elections earlier this year, maintaining a coalition government with the Christian Democratic People's Party (KDNP), which is considered to be a satellite of Fidesz.