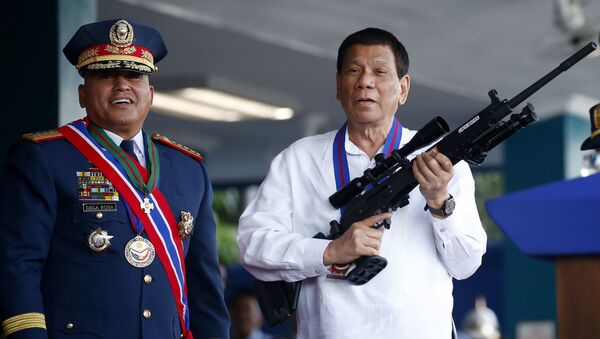 On September 2, Rodrigo Duterte started his four-day official visit to Israel, the first by a Philippine president since the two countries established diplomatic relations in 1957. The schedule includes a visit to a display of advanced weapons and equipment organized by the Israeli Defense Ministry.

Arms Deals and Oil Top Agenda of Duterte's Visit to Israel - Reports
The Philippines President repeatedly touted Israel as an alternative supplier of weapons in the wake of Washington's decision to stop supplying arms to Manila due to its alleged human rights violations.