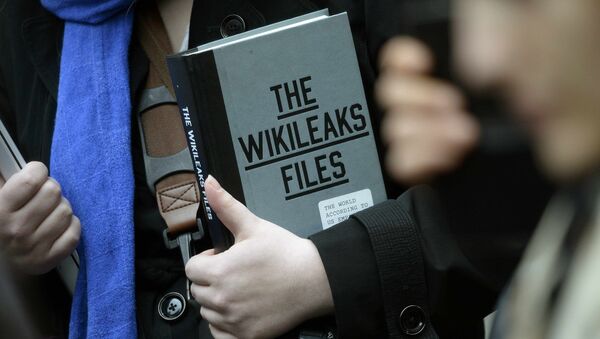 Sputnik: WikiLeaks has been raising concern over the disappearance of Arjen Kamphuis. In your opinion, how justified are these concerns?

Peter Tatchell: This certainly is very strange and odd — suddenly he has disappeared. As we know, Arjen is a cybersecurity expert who has given advice and protocols to journalists on how to protect their sources from state surveillance — and those probably quite a matter of concern to various state security services who snoop and spy on journalists, particularly those who are doing investigations that may embarrass a particular government. Now I'm not saying this points to kidnap or whatever from a state agency, but certainly his work was of concern to governments and security services right across the world. We know that he stepped out of his hotel on August 20 in the northern Norwegian town of Bodo and that he was due to fly from Trondheim on August 22, three days later. WikiLeaks are saying: 'We are concerned that we've had no contact from him. His friends have had no contact from him. He either must have disappeared in Bodo, on the train or in Trondheim because he never took that flight that he was due to take on August 22.' So it's a matter of considerable concern, first of all for just his own personal safety, but also who or what may have led to his disappearance.

.@JulianAssange associate and author of "Information Security for Journalists" @ArjenKamphuis has disappeared according to friends (@ncilla) and colleagues. Last seen in Bodø, #Norway, 11 days ago on August 20. pic.twitter.com/dV75NGKpgI

Sputnik: Everyone thinks that his disappearance is of course linked to his status of a right-hand man — associate — to Julian Assange.

Peter Tatchell: Well, that is speculation. We just don't know. It's not inconceivable that he could have been murdered for some other reason — or who knows? I don't think it's helpful at this stage to speculate, but clearly his association with WikiLeaks and his work on cybersecurity for journalists probably flag him up as a person of interest to various security services around the world.

READ MORE: It's Not About Russia: Scholar on What's Behind US' Desire to Interview Assange

Sputnik: Going back to the previous reports of Assange leaving the embassy, this imminent sense of something happening like any day now and now there's this stalemate.

Peter Tatchell: Well, that's right. Initially, the Ecuadorian president indicated that Julian Assange would have to leave the embassy in London where he has been held up for six years. And that was seen as almost a threat that he was going to be evicted. Now subsequently clarifications are given and the Ecuadorian government is saying that they are negotiating with the British government to find a way by which Julian Assange can leave the embassy but not be extradited to the United States, and eventually get safe passage to Ecuador, where he has claimed and have been granted political asylum and where he is a citizen of that country.

Sputnik: According to reports, Ecuadorian officials are in talks with Assange's lawyer. How protracted could such negotiations be?

Peter Tatchell: They could potentially last weeks or months. I think the ball is very much in the court of the British government. I don't see any public interest in Britain further pursuing Julian Assange. The investigation regarding sexual assault allegations in Sweden has been dropped and closed so that's not an issue on the table any more. Obviously, Mr. Assange indeed skipped bail and that is an offense in the UK. But I would have thought that it would be fairly easy to work out some appropriate due punishment for that, but also to guarantee that he will not be extradited to the United States where he faces very, very serious charges, which could land him in prison for 30 or 40 years.

READ MORE: Chelsea Manning to Be Barred from Australia Due to Criminal Record

Charges that relate to what he did or what WikiLeaks did in terms of publicizing human rights abuses and war crimes by the US military particularly in Iraq and Afghanistan. Now those disclosures, which were published by WikiLeaks — WikiLeaks were not the whistleblowers, they were merely publishers, the whistleblower was Chelsea Manning who has now been pardoned and lives free in the United States — that information concerning US actions in Iraq and Afghanistan was of great public service because WikiLeaks shone a light on things the US government was doing and the military were doing that we were not aware of, including of course the horrific collateral murder video where a US helicopter crew shoot down innocent people including two journalists. So you know, in my view, absolutely Julian Assange should not be extradited to the US and should not be punished for giving us, the public, the right to know what the US government military was doing.