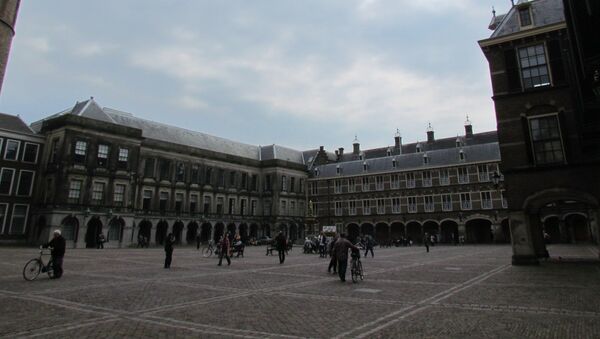 CC BY 2.0 / IMBiblio /
Subscribe
The government of Mauritius is to challenge the UK's possession of the Chagos Islands in the International Court of Justice (ICJ). If successful, indigenous inhabitants of the remote archipelago, subject to forced exile over half a century ago, could finally return home - and Whitehall could be compelled to atone for a historic crime.

The hearing, due to commence September 3 and scheduled to last four days, is the culmination of a lengthy and ever-fractious battle between Mauritius and Britain, the former's once-colonial master, over the Chagos Islands' sovereignty.

Mauritius has long-claimed ownership of the archipelago — 64 coral islands sited in the Indian Ocean — in the United Nations, and in turn London has battled to prevent the argument being heard by the ICJ. It is a crusade in which the UK has become increasingly ostracized from international opinion — in a June 2017 vote in the UN general assembly, 94 countries voted in favor of Mauritius' quest to take its case to the Hague.

Residents of Chagos Islands, Removed for U.S. Base, Not Allowed to Return Home https://t.co/7kevpb8kE1 pic.twitter.com/3Z6BufP61t

The unpopularity of Britain's position on the issue may have also contributed to the country not having a judge on the ICJ's bench for the time in history — in November that year, the UK sought to have Sir Christopher Greenwood re-elected for another nine-year term, but he was defeated by Indian candidate Dalveer Bhandari.

These obstructionist efforts have ultimately proven fruitless, and judges in the Hague will now hear from representatives of 22 countries on the issue — the majority of which staunchly oppose British claims of sovereignty in the region. The Court's judgment will be merely advisory, rather than legally binding, but its findings will send a powerful message internationally no matter the outcome.

The central questions of the dispute go far deeper than the issue of ownership, however. In 1965, three years before London granted Mauritius independence, the UK separated the Chagos Islands from the rest of its Indian Ocean colony, a move in breach of UN resolution 1514, which banned the carving up of colonies prior to independence, and UN Resolution 2066XX, which demanded Britain "take no action which would dismember the territory of Mauritius and violate its territorial integrity".

More shocking developments were to come — in December 1966, the then-Labour government signed a deal with the US, leasing the territory to the latter for military purposes for fifty year, with the option of renewal. Washington had eyes on Diego Garcia, the largest Chagos island, as a military base, given its proximity to the Middle East and other resource-rich areas of imperial interest.

However, one thing stood between the region and militarization — the islands' 1,500 indigenous inhabitants. The removal of these individuals — "to reduce to a minimum the possibilities of trouble between [US] forces and any ‘natives'" — was "a condition of the agreement", a Foreign Office official later ruminated in an internal memo.

Contempt for Chagossians is writ large throughout contemporary departmental correspondence, with staff describing them as a "few Tarzans", with "little aptitude for anything other than growing coconuts". Similarly, in a letter to the Foreign & Commonwealth Office, then-Seychelles Commissioner Hugh Norman-Walker dubbed them "extremely unsophisticated, illiterate, untrainable and unsuitable for any work other than the simplest labour tasks".

Nonetheless, the islanders were expelled without a workable resettlement scheme in place, and only the barest minimum compensation. Moreover, they were given virtually no time to pack possessions, and deceived as to what awaited them in their new home — they'd been told they'd receive a house,land and livestock. Most ended up living in slums in Port Louis in extreme poverty. Some died of starvation and disease, others committed suicide.

However, some ended up in the UK, where they have campaigned ever-since for the right to return. While the UK has promised to eventually return the Islands to Mauritius, specifics are elusive — successive Ministers have simply said London will cede sovereignty when the archipelago is "no longer required for defence purposes".

In response to the ICJ hearing, a Foreign Office spokesperson said the UK was "disappointed".

"This is an inappropriate use of the ICJ advisory opinion mechanism and sets a dangerous precedent for other bilateral disputes. We will robustly defend our position…we do not recognise the Republic of Mauritius's claim to sovereignty of the archipelago," they explained

000000
Popular comments
One of "many" fights for a multitude of "indigenous" people's for what England and the Crown has done all over the world...... your glory days be gone England, gone forever