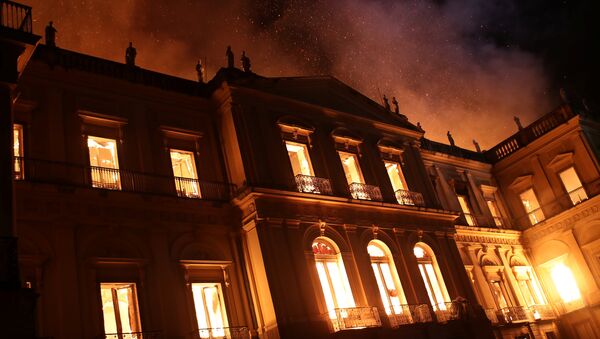 © REUTERS / Ricardo Moraes
Subscribe
International
India
Africa
Established in 1818, the National Museum of Brazil - the oldest scientific institution in the country with more than 20 million priceless exhibits and artifacts - was hit by a severe fire Sunday night after its closure, local media reported.

Blast Reportedly Occurs at Rio de Janeiro University
The scientific institution is one of the largest museums of natural history and anthropology in Latin America. Founded by King John VI of Portugal some 200 years ago, the museum hosts a vast collection encompassing the most important records regarding Brazil's natural history and invaluable items produced by ancient civilizations throughout the world.