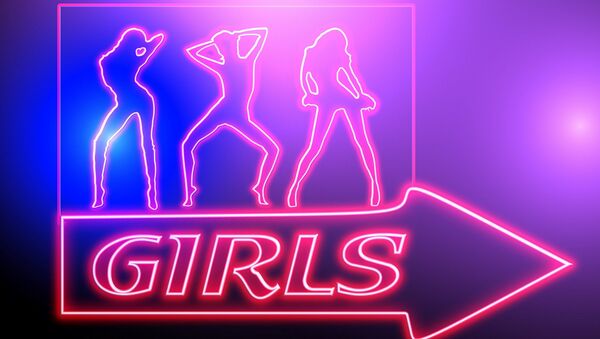 At the same time, researchers claim that the popular notion that men need more sex than women is an unscientific myth.

A new survey by the Finnish Family Federation (Väestöliitto) spanning several generations from 1971 to 2015 has found a dramatic difference in attitudes between men and women when it comes to prostitution, national broadcaster Yle reported.

While 61 percent of men claimed to be accepting of sex purchases, an almost equal percentage of women, 58 percent, had a negative view of such transactions. Furthermore, one-fifth of men who participated in the survey claimed to have paid for sex at least once.

The men who were most positive about purchasing sex also happened to have the most different sex partners and were "positively committed to sex in general," the survey found.

Middle-aged men showed the most commitment to purchasing sex, while elderly women were most critical. Furthermore, 16 percent of women and 12 percent of men admitted having been persuaded to have sex by being offered money or other benefits. At the same time, just over 12 percent of men (mostly from the 45-54 age bracket) admitted to actually buying sex in the past year, as opposed to 0.3 percent of women.

READ MORE: To Each His Own: More Sex Educators Wanted in Finnish Schools

According to Professor Osmo Kontula, the respondents answered based on their personal feelings about the idea as such, disregarding the moral aspect. He stressed that many men fantasize about visiting a prostitute, while women rarely have this kind of imagination.

Researcher Charlotte Cederbom, a lecturer of gender history at the University of Helsinki, concurred that men rather focus on the positive side of purchasing sex, while women rather think of the negative ones.

"The generic image always implies a male buyer and a female seller," Cederbom stressed, signaling a "clear power imbalance." She also ventured that men sometimes view prostitution as something "forbidden and exciting."

Nevertheless, Cederbom argued that the current perception that men need more sex than women isn't true from a scientific viewpoint.

Another interesting trait was that men who were most positive about purchasing sex said they didn't feel particularly happy, which Cederbom interpreted as a sign of general dissatisfaction.

The survey was labeled unique on an international scale and boasts a high level of reliability, having mapped over 6,000 years combined in five surveys held between 1971 and 2015.