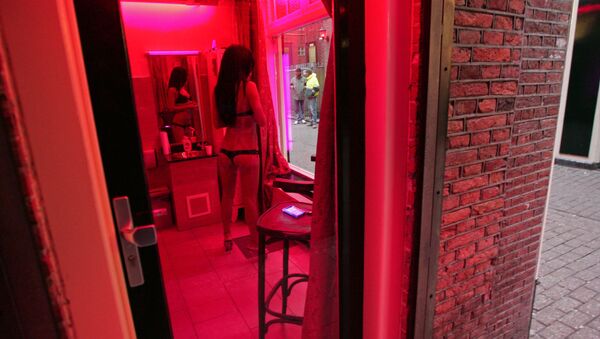 Minimum-age requirement for prostitutes and mandatory interviews to spot signs of human trafficking are among freshly upheld court conditions.

Court appeals by brothel owners in Amsterdam to relax upkeep rules they claimed to be impractical have suffered a defeat.

The Council of State Administrative Law division has now upheld the stricter directive when it comes to responsibilities of brothel owners, initially introduced in 2013.

The brothel keepers in Amsterdam's Red Light District must ensure that prostitutes should meet the minimum-age requirement of 21. The owners are also obliged to interview prostitutes in order to spot signs of human trafficking. Reports of these interviews should then be made available to municipal supervisors, among other things. 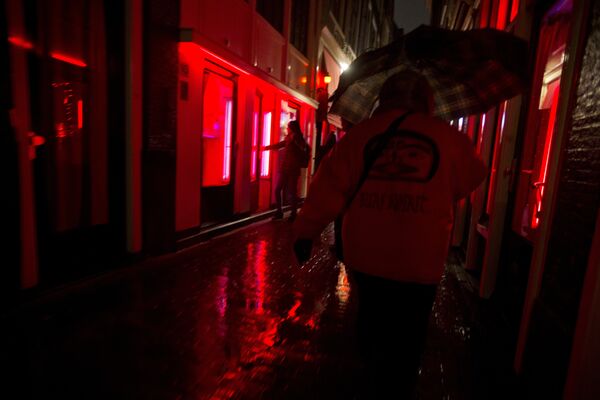 People walk through a narrow alley in the Red Light district in Amsterdam, Netherlands, Friday, Dec. 8, 2017. Every weekend, the heart of the historic port city, with its strip joints, seedy bars and scantily-clad prostitutes flaunting themselves behind plate glass windows, is overrun by foreign visitors over for stag and hen nights or to smoke marijuana in one of the city's many "coffee shops."
© AP Photo / Peter Dejong

This way the conditions put forward by the former Amsterdam mayor Eberhard van der Laan. According to a statement by the Council of State ruling, the conditions remain intact.

Among rules not upheld by the court is the requirement for the owners of window-based brothels to be held responsible for violations of hygiene rules, including cleanliness of the rooms and sex toys.

Personal data of sex workers obtained during interviews between brothel keepers and prostitutes does not have to be shared with municipal supervisors, the ruling said.

The decision by the Council of State is irrevocable and leaves no room for another appeal, the Parool reported.

In 2015, the European Court of Justice has ruled that Dutch brothel owners must speak the languages of the sex workers their hire to ensure the prostitutes are protected from abuse, child prostitution and trafficking.

"The court considers it is possible to require that a brothel owner be able to communicate in the same language with the prostitutes who work there," the ECJ revealed.

Earlier in August 2018, the Wallen — Amsterdam's Red Light District — saw measures taken by the city council aimed at deterring anti-social behavior of tourists. In order to tackle the issues of waste and vomit  in the streets of the district, the city has imposed "cleaning breaks" for certain streets.