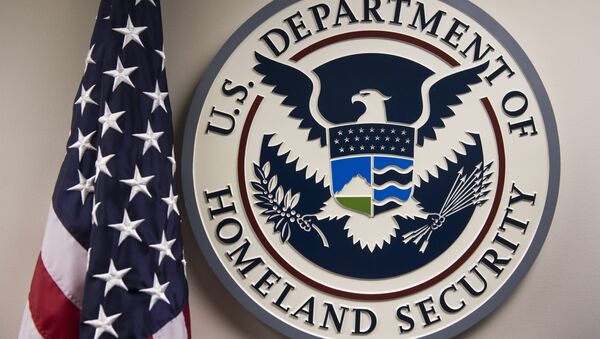 © AFP 2021 / SAUL LOEB
Subscribe
A Department of Homeland Security analyst working on US immigration policy resigned on Tuesday after emails linking him to prominent white nationalists were leaked. The staffer, Ian Smith, attended a handful of meetings at the White House, according to reports.

One email released by The Atlantic was a dinner invitation to Smith which promised the gathering would be "judenfrei," a term used by Nazis during the Holocaust to refer to areas that were ethnically cleansed of Jews.

Smith responded by saying "they don't call it Freitag [Friday] for nothing," using another German term. Smith noted his plans to go to the bar and "talk to people like Matt Parrot, etc.," referring to the then-spokesman for the Traditionalist Worker Party, a recently defunct neo-Nazi group.

Smith was a Trump political appointee who, prior to coming to work for the administration, penned op-eds in The Hill, The Daily Caller and National Review promoting his hardline immigration views.

One email was sent to both him and the prominent white nationalist Richard Spencer. In another, Smith complains of having missed an "NPI" event, referring to Spencer's National Policy Institute.

Smith also recommended a person whom The Atlantic did not name for a job at a "prominent, Trump-supporting media outlet," which was also not named. Smith said of the potential employee that he "writes for Radix, Amren, VDare and Chronicles under a pseudonym." Radix is a magazine run by Richard Spencer; Amren refers to American Renaissance, a white supremacist publication; VDare is an alt-right, anti-immigrant website; Chronicles refers to Chronicles Magazine, a publication of the paleoconservative Rockford Institute think tank.

While at DHS, Smith wasn't a supervisor, nor was he "just some low-level schlub who didn't do anything," an anonymous government official told the Washington Post.

Former colleagues of Smith's say he was repeatedly sent to attend immigration meetings at the White House that were organized by senior Trump adviser Stephen Miller to fill in for his boss, DHS Assistant Secretary for Border, Immigration and Trade Policy Michael Dougherty when Dougherty couldn't make it. Miller did not reply to the Post's requests for comment.

More than a decade ago, Spencer and Miller also appear to have had some kind of relationship. Emails obtained by the Electronic Intifada show Spencer, who was at the time organizing an immigration debate for the Duke Conservative Union between Peter Laufer, currently a professor of journalism, and Peter Brimelow, who founded VDare, writing that "Stephen Miller and I will leave early to do more set-up," Spencer told Laufer, who emailed the exchange to the outlet.