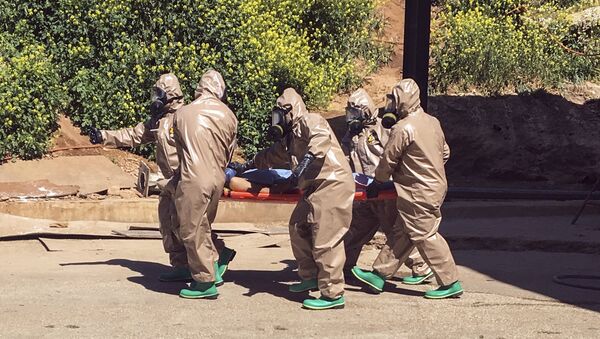 US Claims Assad Allegedly Used Chemical Weapons in Syria at Least 50 Times
On April 14, the US, Britain and France launched 103 cruise and air-to-surface missiles at government facilities in Syria, in response to the alleged April 7 chemical attack in the Damascus suburb of Douma.  Most of the missiles were intercepted by Syrian air defenses.