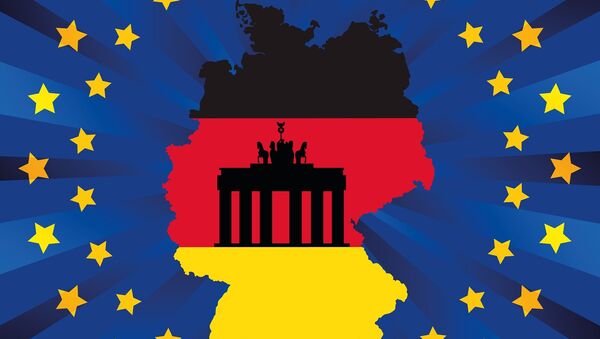 © Photo : Pixabay
Subscribe
MOSCOW (Sputnik) - Germany, whose export-driven economy is most affected by US sanctions and trade restrictions, is not likely to find allies in its fight against Washington's trade policies among other EU states, European politicians told Sputnik on Wednesday.

On Monday, German Foreign Minister Heiko Maas branded the US policy toward Europe "irritating" and urged Germany and other EU member states to respond to the sanctions policy pursued by the United States against Russia, China, Turkey and other important economic partners. The minister also urged Europe to strengthen its own defense independent from the US and suggested to elaborate an alternative to the US-controlled SWIFT payment system.

Germany to Protect Its Companies’ Exports, Investments in Iran From US Sanctions
Besides, the German foreign minister has criticized the US trade tariffs, saying that they were justified only at the national level, and called "absurd" the fact that the European Union should deal with the consequences of the US levies.

Germany Alone In Discontent With US

Jean-Luc Schaffhauser, a member of the European Parliament from the French National Rally party, formerly known as the National Front, explained in his interview with Sputnik that Germany, whose arguably neo-mercantilist economic policies resulted in one of the world's strongest surpluses, dominated the EU trade.

"Europe has a $120 billion trade surplus with the US [in 2017] – and the majority of this surplus comes from Germany. So, I understand very well that the US wants to change this situation with more fair trade… In reality, Germany leads economic war not only against the US but also in Europe and we have to protect ourselves against this war and Germany’s economy domination," Schaffhauser indicated.

He explained that as long as the US policies did not affect Germany's economic hegemony, Berlin had no objections to the US sanctions and believed that other EU countries were unlikely to join the German authorities in their confrontation with Washington since their smaller economies had not been profoundly influenced by the US new economic measures.

"Germany was for the economic sanctions against Russia when Italy and France had doubt about it, Merkel was also involved in the Ukraine crisis to serve the US interests. Now Germany changed [its policy] as the US is working against the German domination, but be sure Germany will be alone with its new fight against the US [serving] only its own interests," Schaffhauser stressed.

Helga Zepp-LaRouche, the leader of the German Civil Rights Movement Solidarity party, told Sputnik that Maas' call for the rest of the European Union to counter jointly the US sanctions represented an outdated "eurocentric" mindset, in which Europe should act as a united front.

"The proposal of German foreign minister Maas reflects, in the world of today, an outdated eurocentric view, which at best would bring together a 'coalition of the willing,' given the fact that many European countries want to improve relations with Russia," Zepp-LaRouche argued.

She said she believed that the German foreign minister might only increase the centrifugal forces in the European Union by his proposal.

Future of EU Defense Without US

Speaking about Maas' call for developing a common EU security policy and forming a kind of an independent defense union, Zepp-LaRouche said she believed that the formation of a new security structure was only possible with the support of Eurasian states.

"The only possible basis for Europe to strengthen its own defense, is the creation of a new security architecture, based on an integrated economic space of Eurasia," Zepp-LaRouche stated.

Her French colleague was less optimistic in his views and ruled out the possibility of a European independent defense system.

"There is no future for European defense; we have to forget this crazy idea," Schaffhauser said.

Schaffhauser stressed that the EU defense will always be confined to NATO defense.

000000
Popular comments
The EU is lazy to sit back and let the US tell them what to do, kick them out of Europe and defend yourself's. If you let them get away with this what is next on their demand list?
Shadowlady8
30 August 2018, 04:04 GMT1
000000
amike, Germany is going to show the EU ditherers how it's done against the USA. So Germany are going to teach the USA a thing or two. There is no competition between the USA and Germany, AMERICA is far ahead of the small Germanic country.