Cunning Corgi Rolls Over to Avoid Going Outside 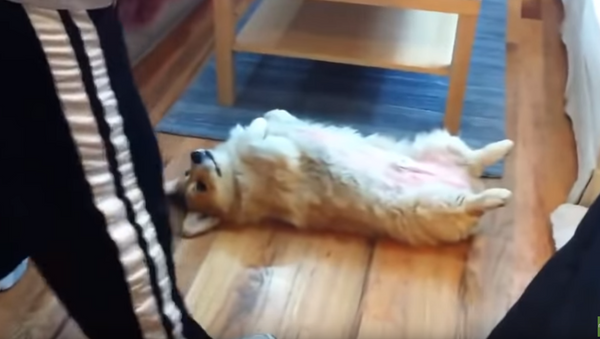 “How about we just stay here and you rub my belly?”

Unlike most pups who would literally jump at the opportunity to take a stroll around the block, Jasper the corgi proves in this clip just how much of a homebody he really is.

Rumble Viral video shows the pup immediately rolling onto his back once the word "outside" is uttered. Taking his protest a step further, the pup even paws at the collar and leash to let his owner know that today is not the day.

Have no fear though: according to Jasper's owner, the pup did eventually make it outside to conduct his business and get a little exercise in.