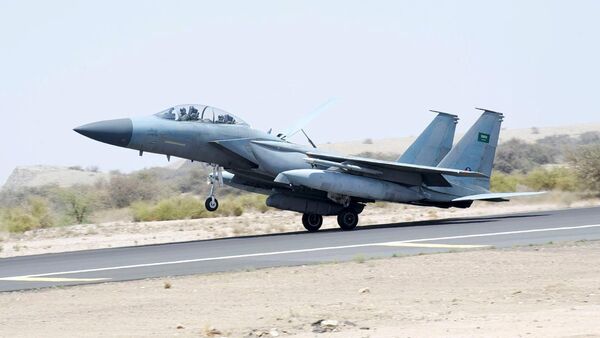 According to social media reports, more than 10 strikes were conducted against the al-Dailami air base in Sanaa. Houthi sources have indicated that the attack is in response to their drone attack on the Dubai airport, an incident which the United Arab Emirates denied on Monday ever happened.

Per Reuters, al-Masirah TV reported that the Saudi-led coalition had struck the Yemeni airport and air base multiple times.

The latest incident comes after several strikes killed dozens of civilians, including a school bus filled with children. On Friday, Mark Lowcock, undersecretary-general for humanitarian affairs and emergency relief coordinator for the United Nations, issued a statement condemning recent Saudi-led strikes and calling for an "impartial, independent and prompt investigation into these most recent incidents."

On August 9, Saudi strikes targeted a school bus traveling through northern Yemen, killing 51, 40 which were children. A second strike on Thursday killed at least 22 children and four women as they were fleeing the fighting between the Saudi-UAE coalition supported by the US and Houthi rebels.