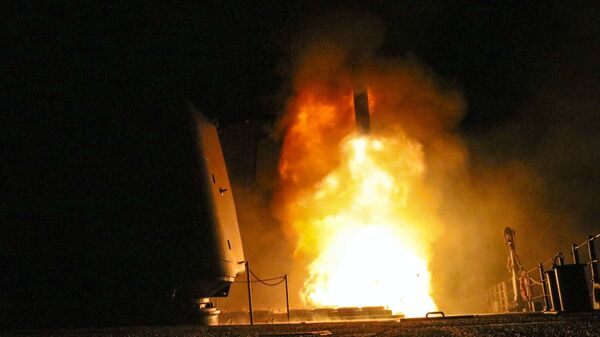 Bolton Claims Russia 'Stuck' in Syria, Says US Has Leverage in Negotiations
For this purpose, the destroyer USS The Sullivans armed with 56 cruise missiles had arrived in the Persian Gulf several days ago, while a US В-1В bomber carrying 24 air-to-surface AGM-158 JASSM cruise missiles has been deployed at Al Udeid air base in Qatar, the spokesman suggested.

Damascus Calls White Helmets' Evacuation From Syria 'Criminal Op' by Israel
According to Konashenkov, "unfounded" statements vowing to respond to chemical weapons' use by the Syrian government made by a number of high-ranking representatives from the US, UK and France serve as indirect evidence of the preparation of another "act of aggression against Syria by the United States and its allies."

World
OPCW Members Agree to Expand Its Role to Attributing Blame for Chemical Attacks
The US, UK, and France coordinated a massive airstrike on Syria in April 2018 after the alleged use of chemical weapons in Douma had been reported by the controversial NGO "White Helmets", which has repeatedly been caught staging false flag attacks.