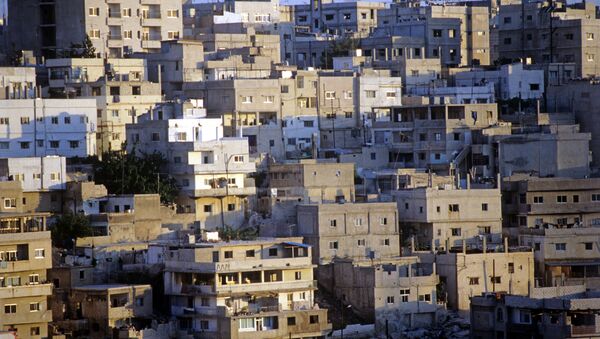 © RIA Novosti . Oleg Lastochkin
/
Go to the photo bank
Subscribe
Jordan is the custodian of Jerusalem's (al-Quds') Muslim holy sites, which explains its close attention to the status of the city, particularly, with regard to the relocation of the US Embassy to Jerusalem, which Amman opposed.

Some MPs from the Jordanian parliament have refused to appoint a new envoy to Israel demanding to end a 1994 peace agreement between the countries.

"We seek to scrap the agreement and don't succeed. The Palestinians are the ones who should occupy Israel and not the other way around. We stand with them in their just fight," MP Hazem Majali said as quoted by the Israeli website Ynetnews on Friday.

He went on to say that in case the country appoints an envoy, Jordan should adopt a more decisive position on the matter. "The new ambassador should defend Jordan's interest, and mainly halt the activity of the occupation regime in al-Quds [Jerusalem]," the MP stressed.

Israel Announces Reopening of Its Embassy in Jordan After Diplomatic Row Settled
The statement was made amid discussions concerning the appointment of Ghassan Majali, who is Hazem Majali's cousin, as ambassador to Israel.

The harsh reaction of the MPs was caused by Washington's decision to relocate the US Embassy from Tel Aviv to Jerusalem in April, which contradicted Jordan's stance on the issue.

After the 1994 agreement, Jordan became the second Arab country to establish diplomatic relations with Israel. However, Amman maintains a hard line on the issue of Jerusalem, as being territory occupied by Israel. Earlier this year Jordanian King Abdullah II confirmed that stance, stressing that East Jerusalem should be the capital of a future Palestinian state.