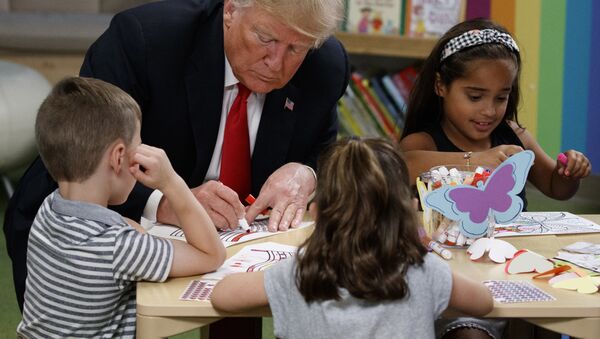 © AP Photo / Evan Vucci
Subscribe
As the president’s men turn against him one by one, US President Donald Trump is becoming increasingly isolated according to reports, watching jealously-guarded personal information about his business tactics leaked into the public eye.

'Real Disaster': Ex-CIA Chief Fears Division in US May 'Spill Over into Streets'
In what has been a damaging week for US President Donald Trump, no less than four longtime trusted advisors with intimate knowledge of POTUS's business dealings, campaign machinations and other secrets have turned traitor against their supposed friend and boss, freely cooperating with prosecutors in a wide-ranging series of ongoing high-profile court cases.