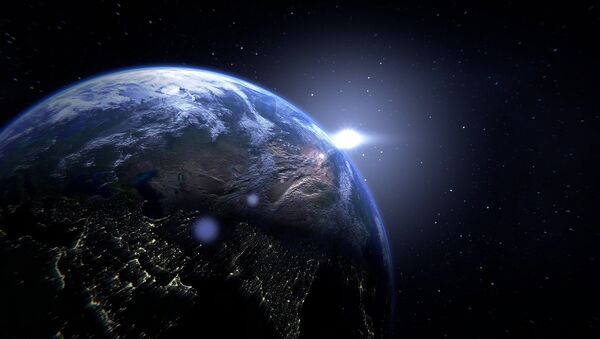 The US' National Aeronautics and Space Administration (NASA) is preparing to launch a laser-equipped satellite - the Ice, Cloud and Land Satellite-2 (ICESat-2) - in September in order to record Earth's melting ice caps.

The billion-dollar satellite, which is roughly the size of a Smart car, will be able to measure the changing thickness of ice patches throughout the seasons, detecting fluctuations as small as half a centimeter.

Using its Advanced Topographic Laser Altimeter System (ATLAS), the satellite will be able measure the the height of ice by timing how long it takes individual light photons to travel from the satellite to the Earth's surface and back.

​According to officials, once operational, the satellite will be able to fire off six laser beams of green light at a time, capturing 60,000 measurements per second, in order to cover more ground. ICESat-2's predecessor was only equipped with one laser.

The satellite will orbit roughly 300 miles above Earth's surface, circling from pole to pole. "The orbit is designed so that after 91 days, which is 1,387 individual orbits of the Earth, it exactly repeats itself," Doug McLennan, ICESat-2 project manager at NASA's Goddard Space Flight Center, said in a statement Wednesday.

​"ATLAS required us to develop new technologies to get the measurements needed by scientists to advance the research. That meant we had to engineer a satellite instrument that not only will collect incredibly precise data, but also will collect more than 250 times as many height measurements as its predecessor," McLennan added.

The original ICESat was sent into a near-polar orbit in 2003 at an altitude of 370 miles in order to collect ice measurements over Greenland and Antarctic ice sheets. The satellite was ultimately retired in 2010 after its scientific payloads shuttered and officials were unable to restart it. According to Space.com, since ICESat-2 wasn't yet ready to take over, NASA initiated an airplane-based project to track changes in ice sheets.

​Although the mission is scheduled to only last for three years, the satellite will be stocked with enough fuel to continue its work for more than 10 years, according to officials. ICESat-2 will be launched from Vandenberg Air Force Base in California on September 15, atop United Launch Alliance's Delta II rocket.