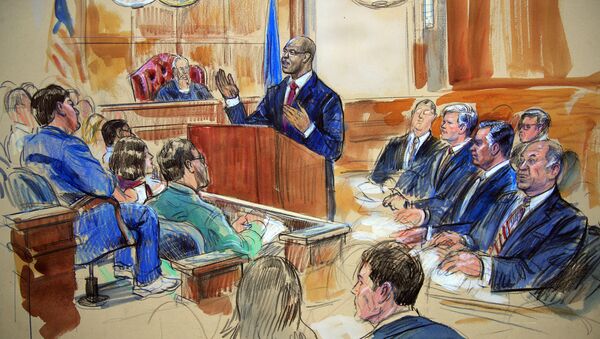 Finian Cunningham
All materials
Just like when the medieval executioners tortured their prisoners to scream out for "mercy", so today two former aides of US President Donald Trump are put being on the rack to extract a begging response. If they finger the president, then maybe mercy will be shown to the prisoners.

Trump's former lawyer and his campaign manager are facing lengthy prison sentences for financial fraud and political campaign irregularities. Michael Cohen could get five years in jail, while Paul Manafort faces a soul-crushing 80 years behind bars. A de facto death sentence, given his age.

The set-up here is so obvious and pathetic. Both men are being dangled by the feet ahead of their sentencing, with the blatant purpose of forcing them to incriminate Trump, and in that way, Trump's political enemies finally get their long-held objective of impeaching the president.

This is how the "American Dream" really operates. It's dirty, grim, and brutal, and has very little to do with democracy or rule of law. Forget the emblems of supposed American civility, the white-picket fences, apple pie in bourgeois comfort, old glory fluttering down at the courthouse, and all those other imaginary democratic virtues.

American politics has more in common with Francis Ford Coppola's classic movie, The Godfather, illustrating how organized crime is intertwined with politicians and lawmakers. Mob practices are more the currency of American politics than dainty civic duties. In reality, it's not the American Dream, it's the American Scream.

The impossibly perfect American Dream is nevertheless so powerfully ingrained and inculcated in the popular psyche by Hollywood and national myth-making propaganda, it is hard to see the brutal reality.

When the American military obliterated Japanese civilians with atomic weapons, or incinerated children in Southeast Asia with napalm, or when it organized death squads to mutilate peasants in Central America, such practices can be easily obscured because of the opium that is the American Dream and its seductive, illusory vanity.

Even when an American president is hideously assassinated in broad daylight by his own security services, the people are not awakened from the impossible "dream".

American politics is as dirty and as criminal as it gets. Assassinating foreign leaders, overthrowing governments, subverting and rigging elections, brainwashing the public with lying news media and think tanks, militarizing "allied" societies in the name of "protection". These are some of the realities that define the US capitalist power system, at home and abroad.

One of America's most celebrated presidents John F Kennedy began his term in the White House under sordid conditions. Talk about interference? It is well-documented Kennedy's election was secured by the Chicago-based Mafia, under crime boss Sam Giancana, rigging the ballots in key states to give Kennedy the decisive vote over rival Richard Nixon in 1960.

Admittedly, JFK seemed to undergo a genuinely personal and political evolution during his brief presidency, when he subsequently desired to normalize Cold War relations with the Soviet Union. His perceived betrayal of the Mafia and the US military-security apparatus probably cost him his life when he was assassinated in Dallas in November 1963, three years into his presidency. It is claimed that the CIA and Mafia worked together to organize the killing involving teams of snipers. The hapless Lee Harvey Oswald, the alleged shooter, was only a patsy, which the "great and good" American media have used as an odious cover-up ever since.

READ MORE: JFK's 'Peace Speech' and The Road Not Taken

Anyway, let's get back to Trump. It seems obvious that the prosecution of his former aides is all about a vendetta against Trump, to get him out of the White House. The US political establishment, or deep state, has never accepted this "outsider" as the president. His stated preference to normalize relations with Russia is a particular red line. The whole "Russiagate" saga has been concocted in order to delegitimize Trump's election and to have him "taken out" as the figurehead for the deep state.

Prosecuting two of Trump's former associates was bound to dig up plenty of dirt. Because dirt is endemic to how American big business and politics operate. It should not be surprising that Trump and his former friends are inculpated for bank and tax fraud and paying off hookers. That's how the system pretty much works, and those transgressions are only the surface. 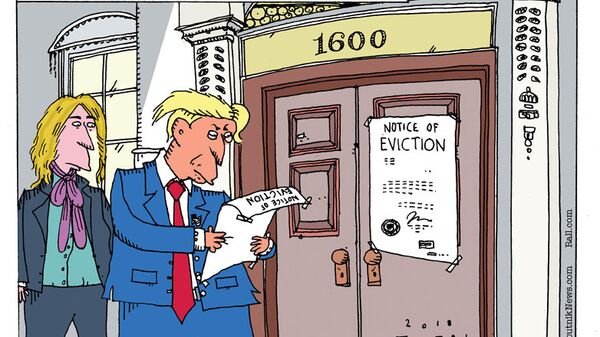 Look at how Trump's rival Hillary Clinton was involved in political bribery and vote rigging, as well as soliciting foreign interference from trying to get "Russian dirt" on Trump. Not just Clinton, but the senior law enforcement and intelligence services under the Obama presidency were also involved in this massive subversion of American democracy.

What's going on with Trump's two associates facing jail time is the Mob's equivalent of threatening to cut ears off a hostage unless the hostage squeals to betray another, more important target.

Already, it seems the coercion is working. Trump's ex-lawyer Michael Cohen is reportedly "ready to cooperating" with the so-called Russia probe led by former FBI chief Robert Mueller. Mueller is a long-time operator for the deep state with his own baggage of criminal skeletons, such as lying over the Iraqi weapons of mass destruction ruse to wage a genocidal war on that country. His appointment as the chief inquisitor to entrap Trump is therefore apt.

Cohen is said to have "interesting things" to tell the Mueller inquisition concerning Trump and allegations of collusion with Russia to get him elected. Those allegations are, for any sane person, a risible farrago of lies and fantasies. No evidence has ever been produced despite two years of investigation and prosecutions. The only crimes uncovered so far are financial fraud, American-style.

But, we can be sure, that Cohen, a sniveling, greasy attorney, will deliver "information" to hang Trump in order to save his own skin from five years in the clanger. Expect more and bigger lies about Russia.

By the way, there are no good guys in this squalid drama of American politics. Trump and his gang are as rotten as the rest of the barrel.

The former New York real-estate hustler may deserve some credit in that he at least is not psychotically anti-Russia. Another indirect credit to Trump is that the whole debacle he has provoked with the deep state goes to expose the profound decay and corruption in American politics.

Just to show how Trump is no better than the rest. This week he told media that he would consider lifting economic sanctions off Russia if Moscow made "concessions" on Syria and Ukraine. On Syria, the Trump administration wants Russia to use its leverage to get Iran out of the country in order to pander to Israeli concerns.

So there you have it. Just like the gangsters at home are leveraging Trump's associates with pain in order to get them to squeal and betray the president, we see the same sordid mentality and methods being played by Trump himself with regard to Russia. The sanctions he has slapped Russia with could be removed, he says, if Moscow does Trump's bidding on Iran.

The American Dream? It's a nightmare that screams with crimes and corruption. When will the people awake?

000000
Popular comments
This is one of the best articles I have ever read. So well said and I couldn't agree more.
Medvezhonok
23 August 2018, 19:10 GMT4
000000
Dirty Bob and Crooked Hillary. Trump is a naive interloper in their rackets. Sessions is a bigger malfactor than all rest. He was key in the premeditated wresting of the Justice Department away from the actual boss. Sessions treason enables the entirety of the plot against Trump.