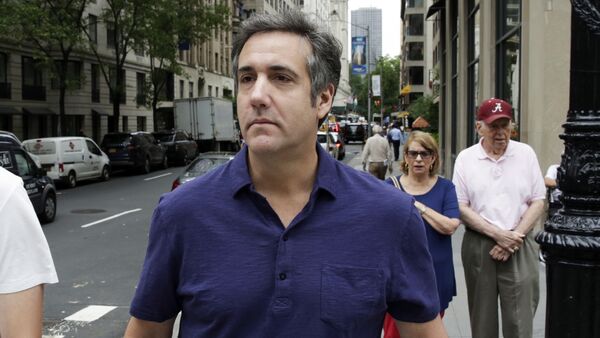 Maurice Cohen, a Polish Holocaust survivor, urged his son to tell the truth about Trump, saying that he did not survive the Holocaust for Trump to “sully” his family name, The Wall Street Journal reported, citing his now deleted tweet:

“As the son of a Polish holocaust survivor, the images and sounds of this family separation policy [are] heart wrenching,” Michael Cohen said in a since-deleted tweet, before his son spoke to the jury.

Cohen’s remarks in court mark the first time any of Trump’s former associates have implicated the president himself in a possible felony, although the debate is still open whether Trump could legally be subject to prosecution.

On Tuesday, Cohen voiced his guilty plea on eight counts of financial fraud, including campaign finance violations, adding that one payment was “in coordination and at the direction of a candidate for federal office,” and another was made “at the direction of the same candidate.” Though he gave no names, he referred to so-called “hush money” presumably paid during the presidential campaign to silence two women from publicly speaking about Trump’s alleged extramarital affairs.