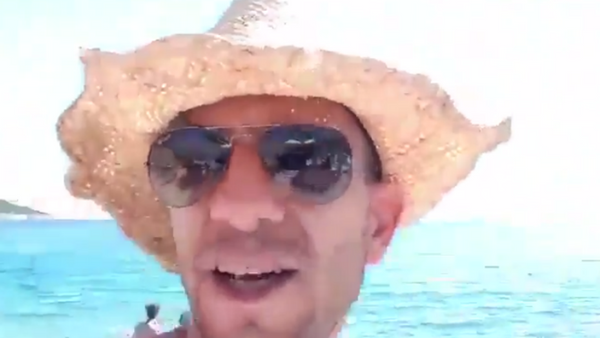 In the video, Adam Catzavelos, who is married to Kelly Catzavelos, a brand merchandise manager for Nike Africa, describes a beach in South Africa as "heaven on Earth" because there were no "kaffir" around. Kaffir is an apartheid-era slur used to refer to a black person.

​After social media users linked Catzavelos to his wife, several people on Twitter voiced that they would boycott Nike. In addition, members of South Africa's far-left political party Economic Freedom Fighters (EFF) declared that they plan to file a criminal complaint against Catzavelos for his comments.

"We trust that the SAHRC will investigate this matter and hold Catzavelos accountable for his vile comments‚" the DA Youth said in recent statement, Times Live reported Wednesday.

"This kind of vitriol is not only an insult but a criminal offence — which makes the arrogant and brazen manner in which Catzavelos made this comment particularly revolting," the DA Youth added.

In a recent statement, Nike confirmed that Adam Catzavelos is not their employee.

"Nike opposes discrimination and has a long-standing commitment to diversity‚ inclusion and respect. We believe in the power of human potential in everyone — of every race‚ religion‚ nationality‚ gender and sexual orientation. We can also confirm that Adam Catzavelos is not a Nike employee‚" the company stated, the Independent reported Wednesday. It is unclear when the Nike stores will reopen.

Adam Catzavelos' brother, Nic Catzavelos, also sent a statement to BBC Wednesday stating that the family was "appalled" by the video and "rejected racism in any form."

"Adam Catzavelos has been dismissed with immediate effect from the family business, St George's Fine Foods, and his minority shareholding will be unwound as soon as practically possible," the statement said.

"Given the high-profile nature of this development, the business has been temporarily closed for the protection of all its staff. We have no further comment at this stage," it added.

Earlier this year, EFF protesters demonstrated against Swedish clothing giant H&M's children's collection, which featured a black boy with a "coolest monkey in the jungle" hoodie. Following the uproar, H&M apologized for the choice of clothing model.