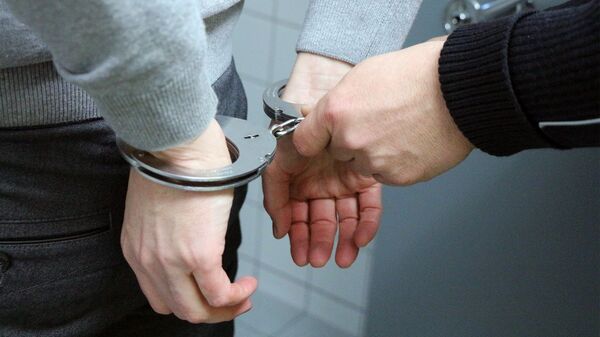 CC0 / /
Subscribe
International
India
Africa
There have been calls for tougher immigration laws following the arrest in the death of 20-year-old University of Iowa student Mollie Tibbetts.

Cristhian Bahena Rivera, a Mexican national illegally living in the US, has confessed to kidnapping Mollie Tibbetts while she was jogging in her small Iowa hometown, killing her and dumping her body in a cornfield, AP reported, citing local authorities on Tuesday.

Rivera, 24, was arrested and charged with the first-degree murder of 20-year-old Tibbetts, who was studying psychology at the University of Iowa in Iowa City and whose July 18 disappearance set off a massive search involving state and federal authorities.

US Jury Indicts Three Suspects in Murder of Russia Student Ziberov
On Tuesday morning, Rivera led investigators to a body believed to be that of Tibbetts covered with corn stalks in a farm field about 12 miles southeast of the small rural town of Brooklyn,  Iowa, where Tibbetts was last seen jogging.

Investigators said they suspected Rivera after footage from surveillance cameras in Brooklyn showed a Chevy Malibu connected to Rivera driving back and forth as Tibbetts was running in the area.

Rivera reportedly admitted that at some moment he got out of his car and started running alongside Tibbetts.

According to Rivera, Mollie Tibbetts, who apparently felt threatened, reached out for her cellphone telling him she going to call the police. Rivera said that he panicked and the next thing he remembers is taking the girl’s bloody body out of the trunk of his car.

“I can’t speak about the motive. I can just tell you that it seemed that he followed her, seemed to be drawn to her on that particular day, for whatever reason he chose to abduct her,” Rick Rahn, a special agent in the Division of Criminal Investigation, told reporters at a press conference on Tuesday.

Cristhian Rivera is currently being held on $1 million cash-only bail at the Sheriff’s Office in Montezuma, Iowa.

A conviction on first-degree murder carries a mandatory sentence of life in prison without parole in Iowa, which doesn’t have the death penalty.