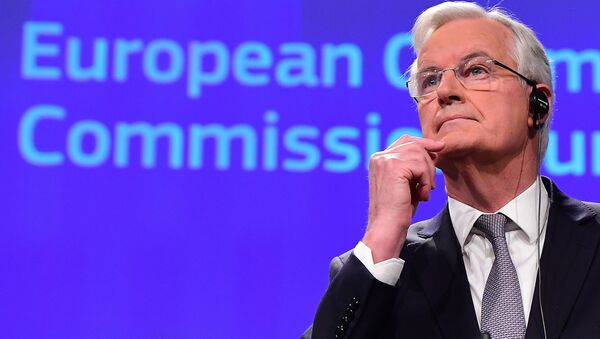 In recent weeks, several British politicians have accused Brussels of hindering Brexit negotiations and increasing the likelihood of the UK crashing out of the trading bloc without a deal in place.

EU Chief Brexit Negotiator Michel Barnier said on Tuesday that the EU won’t be influenced by the UK’s blame game, warning that Brussels is not “impressed.”

He recalled warning the UK about the consequences of leaving the EU very early on in the Brexit process and said bilateral talks are “now entering the final stage,” adding that he had agreed with Brexit Secretary Dominic Raab to continuously negotiate, with less than eight months until the deadline.

Half of Brits Want Second Brexit Referendum if Talks Fail – Poll
Although campaigners and some politicians are calling for Brexit to be delayed if a deal is not agreed by next March, Raab reaffirmed the government’s commitment to following the determined schedule.

“Certainly on the UK side, no. We’ll be leaving in March of next year,” Raab replied, when asked if Britain would consider extending the negotiating period if a deal isn’t reached.

Economists have repeatedly warned of the adverse economic effects of a no-deal Brexit on the UK economy, forecasting high levels of inflation and potential shortages of some goods, as existing supply chains would be disrupted under such an arrangement.