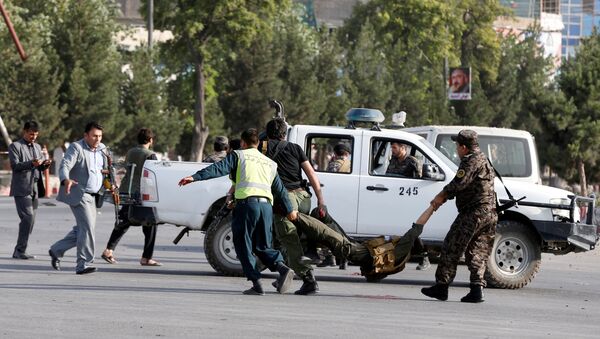 MOSCOW (Sputnik) - Several missiles were fired at Kabul during the speech of Afghan President Ashraf Ghani on the occasion of the Eid al-Adha Muslim holiday, TOLOnews broadcaster Tuesday.

According to the TOLOnews broadcaster, the attack occurred at 09:00 local time (04:30 GMT).

Suicide Bomber Blows Himself in Afghanistan Madrasa - Reports
The rockets were fired at the Presidential Palace and the Green Zone, city's government district, where embassies of many countries are located.

In his turn, the Taliban's supreme leader, Sheikh Haibatullah Akhunzada, said that the fight against the Afghan government will continue, according to the Taliban* officials.

Afghanistan has long been destabilized by the conflict between the Taliban movement and the Afghan government, exacerbated by the activities of various terrorist groups.

*Taliban movement is a tessrorist group, banned in Russia