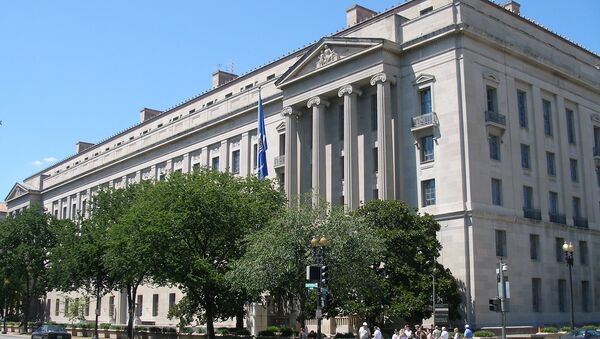 The Justice Department of the United States charged two people with circumventing US sanctions against Iran, discretely working on behalf of Iran’s government to conduct surveillance on Israeli and Jewish facilities inside the country, and attending MEK events in the US to collect intelligence.

Ahmadrea Doostdar, 39, of Iranian and US citizenship, and Majid Ghorbani, 59, of Iranian citizenship and whose residence was California, are the two individuals named in the indictment.

Among the alleged offenses ascribed to Doostdar and Ghorbani are collecting identifying information on American citizens who are members of the Mujahedin-e-Khalq (MEK), a group that seeks to overthrow Iran's current leadership. The group, which has been described as a "cult" by the Washington Post and others, pays John ("Bomb Iran") Bolton tens of thousands of dollars to speak at MEK rallies, and was designated a terrorist group by the United States Department of State from 1993 to 2012, when Bolton reportedly was able to lobby for its removal.

"In or about July 2017, Doostdar traveled to the United States from Iran in order to collect intelligence information about entities and individuals considered by the government of Iran to be enemies of that regime, including Israeli and Jewish interests, and individuals associated with the MEK, a group that advocates the overthrow of the current Iranian government," the DOJ said with respect to the indictment.

The DOJ alleges that Ghorbani took pictures at an MEK rally in New York last September and that Doostdar paid him $2,000 cash for 28 pictures during a meeting in Los Angeles a few months later. Ghorbani would later attend the MEK's rally in Washington, DC, in May 2018 where he "appeared to photograph certain speakers and attendees, which included delegations from across the United States."

The Justice Department noted that Ghorbani and Dootsdar engaged in a conspiracy to defraud the US.

"Doostdar and Ghorbani are alleged to have acted on behalf of Iran, including by conducting surveillance of political opponents and engaging in other activities that could put Americans at risk," DOJ's John Demers said in the August 20 announcement.