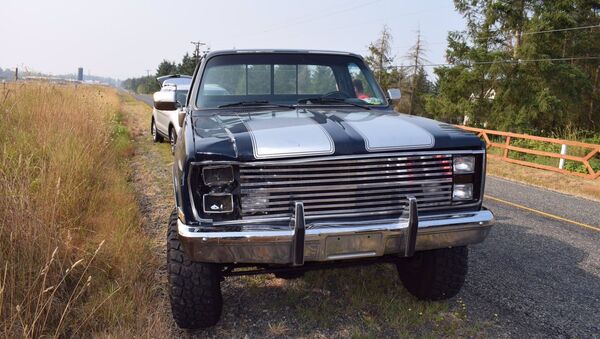 When the police are helpless, the internet sometimes comes to rescue. A Reddit user helped solve a hit-and-run accident in Washington State, with only one photo of a small car part provided as evidence.

Johna Batiste, a Washington State policeman, took to Twitter to seek help in an ongoing investigation into a deadly hit-and-run accident, which supposedly involved a "black vehicle."

The trooper posted a picture of a bicycle wreck and a car part from a vehicle that allegedly killed a cyclist, asking the public for any information on the collision.

The roadway is open SR7/320th. Troopers and detectives are still looking for a black vehicle believed to be involved in this mornings tragic bicyclist fatality. If you know anything regarding this collision, please call the Washing State Patrol. pic.twitter.com/pafJLeh54i

​The tweet sparked the attention of Redditors; one of them, a former Maryland state inspector going by nickname JeffsNuts, identified the part as a headlamp assembly of a 1986 Chevrolet Silverado truck.

A few days later, Batiste tweeted an update, saying WSP detectives had arrested the suspect, who turned out to be the driver of a 1986 Chevy K-10.

WSP detectives made an arrest today for Thursday’s fatal bicyclist hit and run in Eatonville. Reddit users identify a photographed broken car part as a mid 1980s Chevy truck headlight assembly. Local anonymous tip confirms and led to the arrest of a driver of an 1986 Chevy K-10. pic.twitter.com/WaIlkkClfr

Twitter users gave credit to the one sharp-eyed Redditor that helped the police seek out the culprit.

Look at the internet today, being all useful and everything. Great police work and civilian assist

Never underestimate the power of the internet! 😊

Best internet collaboration ever! So impressed with the assistance you received!