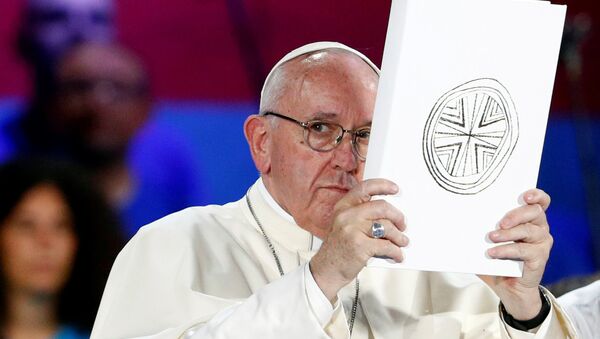 The pontiff has called to "acknowledge and condemn" multiple cases of sexual misconduct involving minors and the cover-up of abuse in the Catholic Church. His statement came in response to fresh reports of large-scale clerical sexual abuse of minors in Pennsylvania, a month after the resignation of a prominent Vatican figure amid a sex scandal.

Pope Francis has issued a letter to all Catholics, in which he admitted that sex abuse in the church "was long ignored, kept quiet or silenced." While claiming that most cases in America "belong to the past," he said that the church failed to recognize the scale of the damage.

"It is essential that we, as a Church, be able to acknowledge and condemn, with sorrow and shame, the atrocities perpetrated by consecrated persons," he added.

The letter came out after  a Pennsylvania grand jury last week accused more than 300 priests of abusing children for decades, after an investigation, largely based on secret church archives, identified more than a thousand young victims.

Last month, Pope Francis accepted the resignation of Cardinal Theodore McCarrick, one of the most prominent Catholic leaders in the US, amid allegations that he sexually abused a 16-year-old boy almost fifty years ago, when he was serving as a priest of the New York archdiocese.

The high-profile resignation comes at a time of a clerical sex scandal in Latin America. In May, all Chilean Catholic bishops resigned amid reports that the Bishop of Osorno, Juan Barros, had known about and covered up the sexual abuse of minors by priest Fernando Karadima.

Rocked by the news, Chile launched a massive investigation into 158 members of the national Roman Catholic Church. The probe included reports of cover-up cases and the abuse of 266 victims, including 178 minors, with some cases dating as far back as 1960.