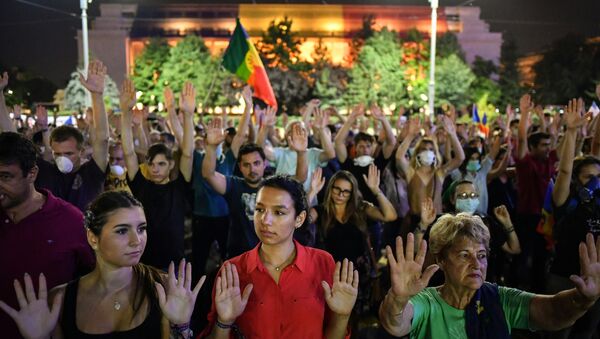 © AFP 2023 / Daniel MIHAILESCU
Subscribe
International
India
Africa
CHISINAU (Sputnik) - A 62-year-old man has died in a hospital after being wounded during an anti-government protest that took place in Bucharest on August 10, the Mediafax news agency reported on Monday.

A mass protest in the Romanian capital over unpopular tax, pension and social security reforms turned violent, leaving 450 people injured. As many as 70 of them, including 11 police officers, were sent to a hospital.

On August 11, Romanian President Klaus Iohannis demanded that the prosecution investigate police actions during the rally, which reportedly included the use of tear gas and water cannons on peaceful protesters.